Who is Adam Silver’s Wife? - Wikiodin.com 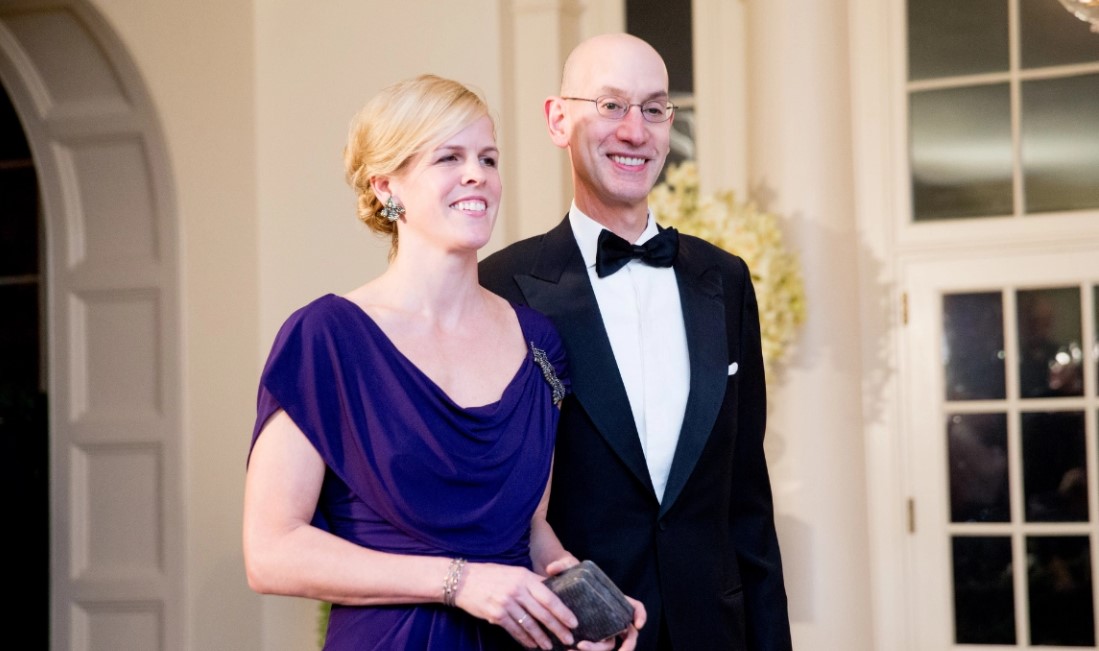 An American lawyer, businessman, and even the commissioner of the National Basketball Association(NBA), Adam Silver is one of the best personalities in the field of sports business who not only has elevated the NBA league into a global brand but also has promoted equality and social justice in the same place. Having served as NBA Deputy Commissioner and Chief Operating Officer for eight years in NBA, Silver caught the headlines of media back in 2014 for forcing Donald Sterling to sell the Los Angeles Clippers after Sterling made racist remarks for which he was even banned for life from the game.

Moreover, Silver is the spokesperson and moderator of the league’s most powerful people who manage billions in revenue while slapping fines for in-game antics. He received international attention for his neutral positioning of the NBA during the 2019–20 Hong Kong protests.

As said there’s always a woman behind a man’s success so is in Silver’s life, Maggie Grise, his wife who has been with him since 2014. Let’s check out more about Maggie. 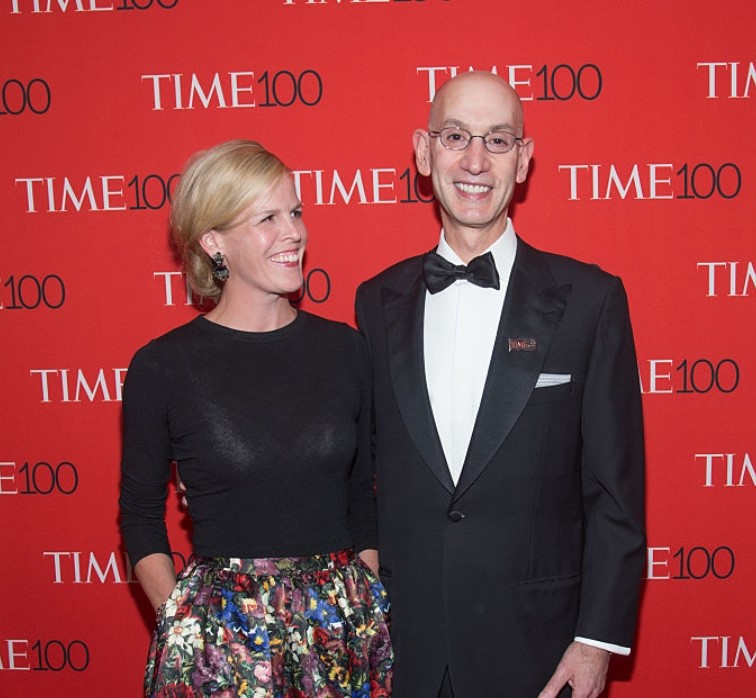 Everything To Know About Adam Silver

Who is Adam Silver’s Wife?

Adam Silver, the man of few words, has been living the best days of his life as he recently welcomed his second daughter in May 2020 with his wife, Maggie Grise. His personal life is going as smoothly as his professional career which undoubtedly tells us how strong the couple’s relationship has been for the past 6 years.

Adam’s only girlfriend and the only wife with whom he has spent almost 6 years together is none other than Maggie Grise. Maggie Grise is an American interior designer who currently works in New York. She is more attentive towards the form and function of apartments which she has been doing for several years to date. Despite her busy work in interior designing, Maggie has been active and supportive of her husband’s work and family.

Maggie has been seen alongside her husband, Adam in several events including a state dinner hosted by the then-President Barack Obama and Michelle Obama for Canadiana Prime Minister Justin Trudeau and his wife, Sophie Gregoire back then. Maggie and Adam were first introduced by a mutual friend in May 2014. It was just a few weeks after Silver took over as commissioner of NBA for David Stern. After dating for just a few months, the couple got married on May 30, 2015, in a private ceremony attended by their relatives, family, and close friends.

After almost 2 years later, the couple welcomed their first daughter, Louise Burns Silver on April 20, 2017. With proper management of time, they welcomed their second daughter in May 2020. The couple has been more focused on parenting their 2 lovely daughters these days.

Adam Silver Net Worth and Wealth

Adam Silver has undoubtedly managed to earn a million worth of fortune from his decades-long career in the sports business. With his initial career of working as the Deputy Commissioner and Chief Operating Officer of NBA for 8 years, Adam has come a long way up becoming the commissioner of NBA subsequently leading the NBA league into a global brand.

Silver will continue to serve as commissioner until the end of the 2023-24 season as he signed a 5-year contract extension in June 2018.

With his position in the NBA league, Silver has built up impressive net worth, capable of rivaling many of the players in his league. He takes home an annual salary worth $10 million which has pegged his overall fortune to be $35 million. Back in March 2020, he announced that he will be taking a 20 percent pay cut along with about 100 other of the league’s top executives, leading his fortune to be stronger.

His earning is more or less under the earnings of an average NBA player which is $7.6 million. Looking up the future of sports especially the NBA league, his salary is certainly to be increasing.