Who is John Bishop deaf son Joe Bishop? What is Life After Deaf about? - Wikiodin.com

Comedian, actor, and former footballer, John Bishop is back on ITV. John Bishop will debut a new documentary series “Life After Deaf” which is about deaf awareness and British Sign Language. John joins his son, Joe Bishop, who has been diagnosed with progressive deafness, as the family sets out to explore the life and challenges of the deaf community.

Who is John Bishop?

In 2007, he made his television debut on the talk show named “The Panel“. Over the years, he has been a part of several projects including A Night in With Olly Murs, Skins, Michael McIntyre’s Comedy Roadshow, Who Do You Think You Are?, Accused, Funny Cow, The Great Celebrity Bake Off For Stand Up to Cancer, Route Irish, The John Bishop Show, Fearless, Panto!, One Rogue Reporter, and Little Crackers. He hosted his own shows such as John Bishop’s Britain (2010–2011), John Bishop’s Only Joking (2013), and The John Bishop Show (2015,2022). Since 2021, he has played the companion Dan Lewis in Doctor Who.

Everything To Know About John Bishop

Read Also:  Susan Blommaert Aka Mr Kaplan Must Have a Million Dollars Worth!

Initially, he used to work as a medical representative for the pharmaceutical company Syntex. He quit that job in 2006 to pursue a career in comedy.

Born on 30th November 1966, John Bishop is from Liverpool, England. He is British by nationality and his ethnicity is British-White. He is the son of homemaker Kathleen (née Hackett) and laborer Edward Bishop, a couple from nearby Huyton. He has an older brother, footballer Eddie, and two older sisters, Kathy and Carol. John Bishop is also the father of three children with his beautiful wife, Melanie. They have three sons: Joe (born 1994), Luke (born 1996), and Daniel (born 1998). 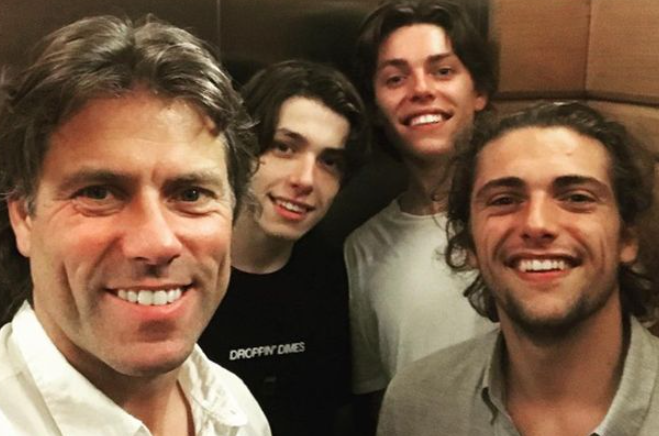 Who is Joe Bishop?

The 28-years-old, Joe Bishop is the eldest son of John Bishop and his wife, Melanie. He is set to star in ITV’s new documentary, “John & Joe Bishop: Life After Deaf” alongside his dad, John Bishop. His dad, John Bishop is a comedian from Liverpool known for his stand-up shows and regular appearances on British panel shows. He took birth in the year 1994 and he is from the United Kingdom. He holds British nationality and his ethnicity is British-White. He has two siblings; younger brothers, Luke and Daniel.

Joe is gay, and John has previously said: “Having a gay son is just like having a son. Of the top ten things that I even think about him, being gay isn’t even on there. He’s just another son.”

Joe has an autoimmune condition that causes progressive deafness and he is now partially deaf and is likely to become fully deaf in later life. He contracted a virus that caused the condition and caused him to lose most of his hearing when he was just 15 years old. He spent more than 10 years trying to fix his son’s hearing but the family has come to the realization that this may not be possible.

What is John & Joe Bishop: Life after Deaf, all about?

John and Joe Bishop: Life After Deaf follows John and his son as they set out to learn more about the Deaf community. John has challenged himself to deliver a stand-up set to a deaf audience entirely in sign language. John did not know British Sign Language and had to master it and an entirely new style of comedic delivery before the gig. The documentary will also explore the difficulties that Joe and his family have faced in dealing with his illness.

In John & Joe Bishop: Life After Deaf the father and son duo will embark on a journey to embrace their personal connection to deafness after Joe began losing his hearing as a teenager. Speaking about the personal documentary, John told his Instagram followers that the show “is the hardest piece of television I have ever made”. He explained: “It’s started out as a documentary about me learning sign language to do stand-up and turned instead to a healing process for me and my family, which we never expected and which is still ongoing.”

The documentary will air on ITV on Thursday 22 September at 9 pm. The episode will be available to watch on the ITV Hub shortly after the first broadcast.