Who is Joshua Hall? 5-10 things to know about Christina Haack's New Boyfriend - Wikiodin.com 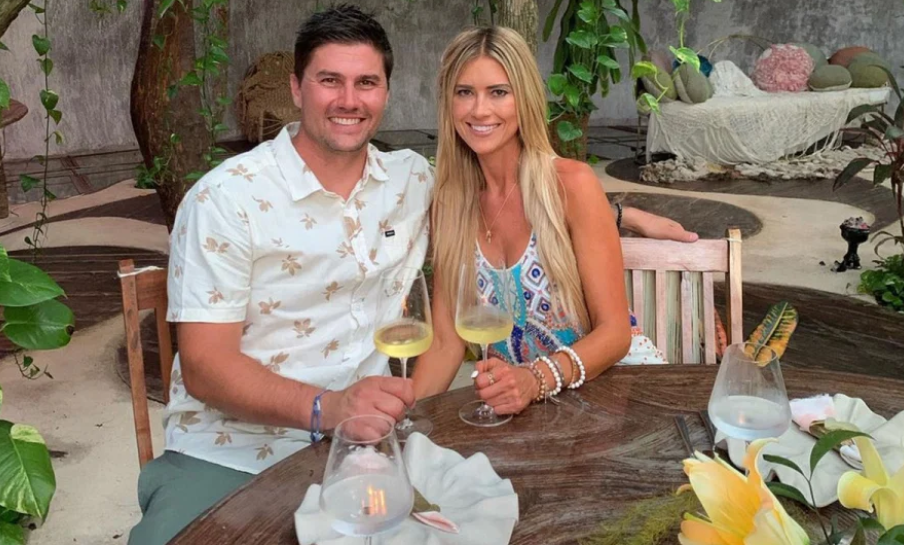 Christina Haack is Engaged to her boyfriend, Joshua Hall

The “Christina on the Coast” star, Christina Haack announced the happy news Monday (21st September 2021) on Instagram. She shared a trio of pics of the couple celebrating on the beach, with the final photo finding her showing off a gorgeous engagement ring. She captioned the post with emoji of a heart, a lock, a key, and a diamond ring. News of their engagement comes just a day after Haack shared an Instagram photo of her and Hall celebrating his birthday at the beach. “Happy birthday baby. You give me that teenage kinda love the vibe and manly protection,” she gushed in her caption. “It’s a combo for a lifetime of happiness + success”. “Thank you for reminding me what life and love are like when you put down the technology,” she added. “I love you Josh.” She also changed her Instagram bio to read: “Mommy. 💍 Josh Hall.” 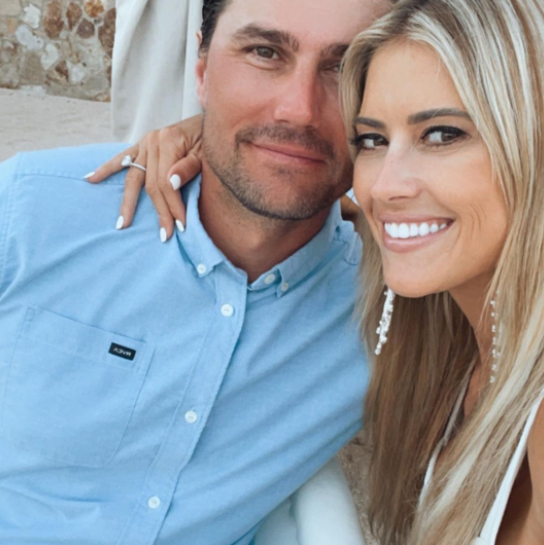 Initially, the couple went public in July 2021. As per sources, both of them were making their way to Mexico for the 38th birthday celebration of Christina. “I met Josh when I wasn’t in a state of fear or fight-or-flight … I had taken time off social, hired a spiritual coach and smoked a Bufo toad (which basically reset my brain and kicked out years of anxiety in 15 mins). “When we met this past spring, the synchronicities hit us so hard and fast they were impossible to ignore. I felt immediately crazy protective over him and wanted to keep him for myself and get to know each other before the tornado (media attention) hit. We’ve had a few solid months of just us getting to know each other and I’ve loved every second of it. So called “fame” provides so many things but it comes with a cost. They build you up then tear you down. When I saw a camera behind us at the airport my heart started beating out of my chest and my hands shaking – And not for me but for him. I know they dig and dig and I didn’t ever want to see him stress over the media stalking him and his family. Which obviously has already begun to a uncomfortable degree. False narratives being thrown around left and right. They go after everyone you and your family follow on social media and everyone who is in your inner and outside circle looking for dirt and drama. That’s partly why there is so many failed celeb relationships, they turn new relationships into a circus. We decided whats in the past, is in the past. We aren’t looking at all the nonsense online. The internet and social are great for businesses or staying up to date on fam / friends but also, can be toxic and (let’s be real) pretty fake. I may be a bit crazy and im definitely not perfect but I will never live my life based on other peoples judgments or opinions. We pride ourselves on never judging others and always wanting others to be happy and we wish others would have the same respect. Josh doesn’t have social media, but I want to thank him for whisking me away on a romantic tropical vacation he planned entirely on his own. ❤️✈️ So yes “another relationship” and guess what. I’m 38 -I’ll do what I want” she gushed.

Haack announced her separation from her ex-husband Ant Anstead last September after less than two years of their marriage. She shares a son, Hudson, 2, with Anstead and two children, Taylor and Brayden, with her first husband, “Flip or Flop” co-star Tarek El Moussa. Joshua Hall was also a married man previously to his wife, Chelsea. They got married in August 2016 whereas the two are no longer together.

Who is Joshua Hall?

Joshua Hall is a real estate agent, former police officer as well as an entrepreneur from Southern California, the USA. Prior to becoming a real estate agent, he served the position of a police officer. He is well-recognized for being a licensed Realtor for Spy Glass Realty. Thus, he is famous for the surrounding Hill Country area. He is one of the top real agents in Austin as of today. In addition, he is also the elder brother of TV stars, Jessica Hall and Stacie Adams Hall. He came to the limelight after he was spotted with Christina Haack (American real estate investor and TV personality) at LAX Airport in July 2021. Born to the military family as the eldest son, his birth date is 19th September 1980. As per his birth date, his present age is 41 as of 2021. He spent his early childhood at Ft. Hood Army base where his father was stationed. Later, he moved to Southern California with his family. He holds American nationality and he belongs to American-White ethnic background. Virgo is his Zodiac sign and he follows the Christianity religion. The net worth of Joshua Hall is $3 Million as of 2021. 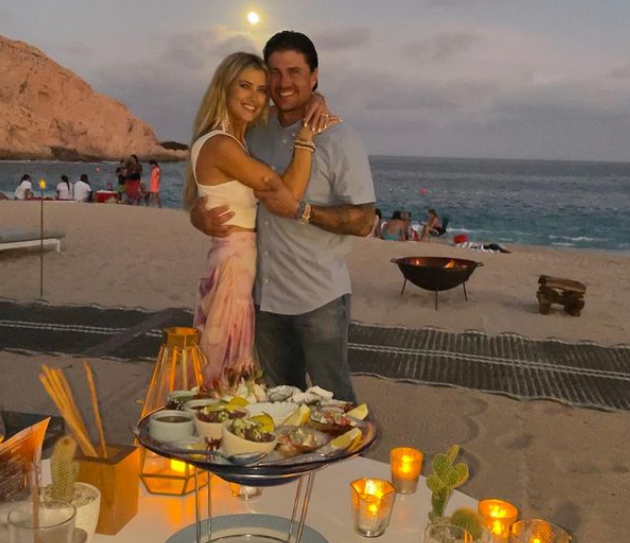 Joshua Hall is a licensed Realtor for Spyglass Reality in Texas since December 2020. Currently, he is one of the top real estate agent in Austin.

Joshua is a former police officer

Joshua Hall was a former police officer. At the age of 21, he became a police officer. Due to injuries, he retired from police after sixteen years of his journey with the police department.

Joshua is a big fan of the Green Bay Packers 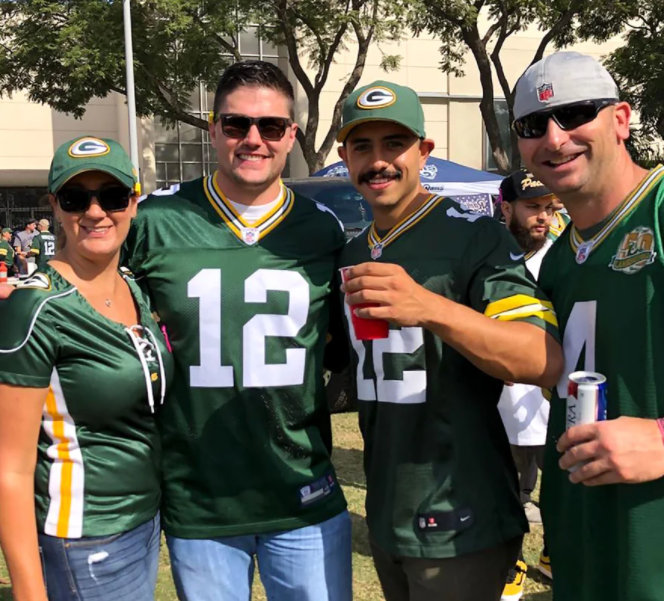 Joshua was born as the eldest son among the three. Thus, he has two siblings; sisters namely Stacie Stacie Adams Hall and Jessica Hall. Both of them are reality stars who appeared in television shows. Adams, who is better known as Stacie the Bartender, was a staple on seasons 5 and 6 of “The Hills” from 2009 to 2010. As a bridesmaid in Scheana Shay’s wedding, she appeared on an episode of Vanderpump Rules. Jessica Hall appears in the reality television show series Kendra on E!. She was also a briefcase girl on “Deal or No Deal” and popped up on a few episodes of “The Hills” in 2009. 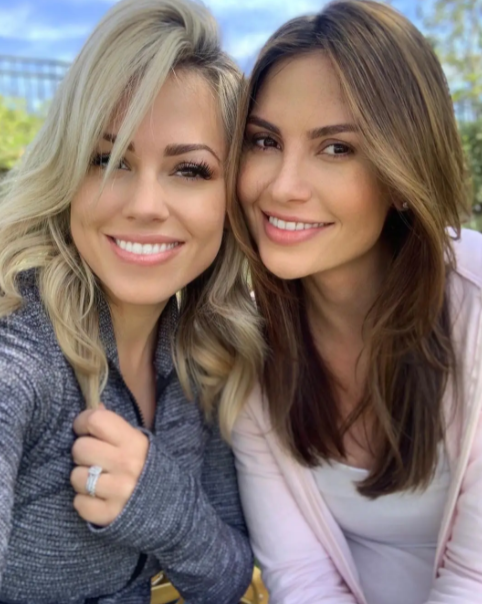 Yes, Joshua Hall tied a knot to his ex-spouse whose name goes by Chelsea. Their married date was in August 2016. They moved to Austin after they got married. 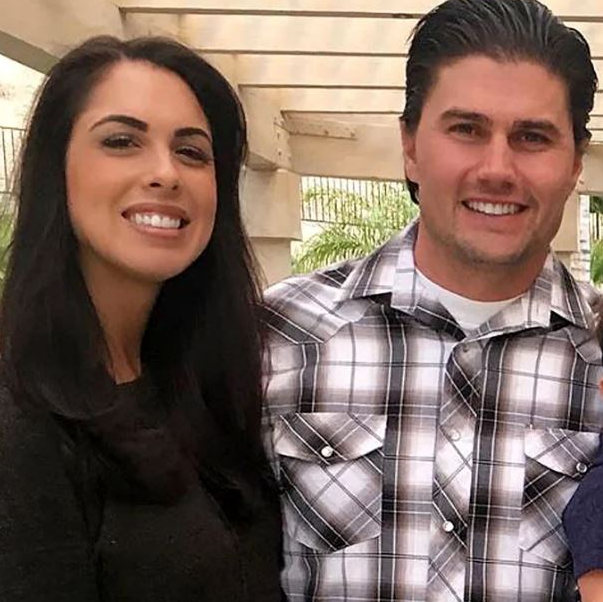