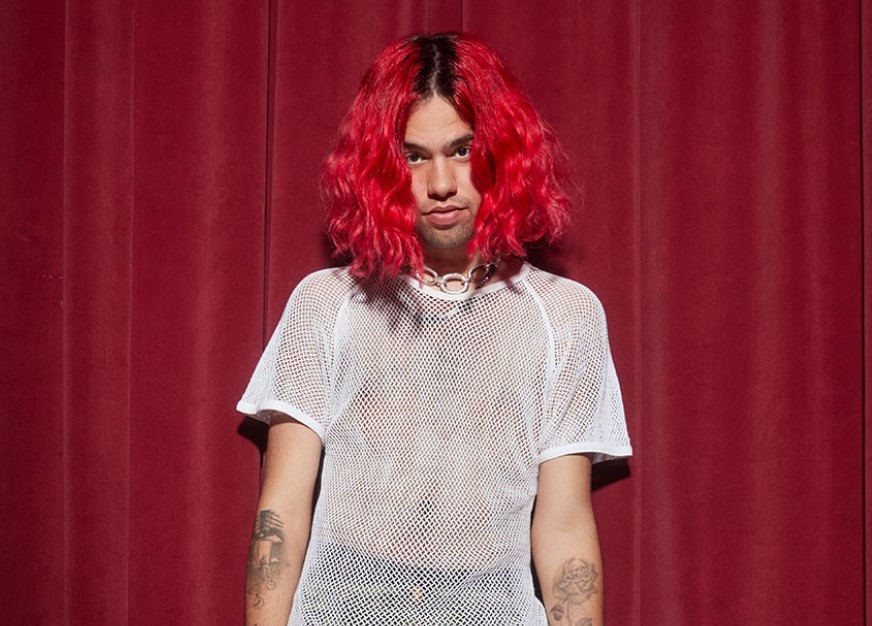 Omer Fedi has recently made tabloid headlines as the new boyfriend of TikTok star and actress, Addison Rae. Addison’s Rae’s almost confirmed new boyfriend, Fedi is an Israeli guitarist, songwriter, and producer. Fedi is best known for co-writing and producing songs “Mood”, “Montero (Call Me By Your Name)”, and “Stay” among others.  Fedi-produced “Stay” by the Kid Laroi and Justin Bieber peaked at number one on the Billboard Hot 100 chart.

Everything To Know About Addison Rae 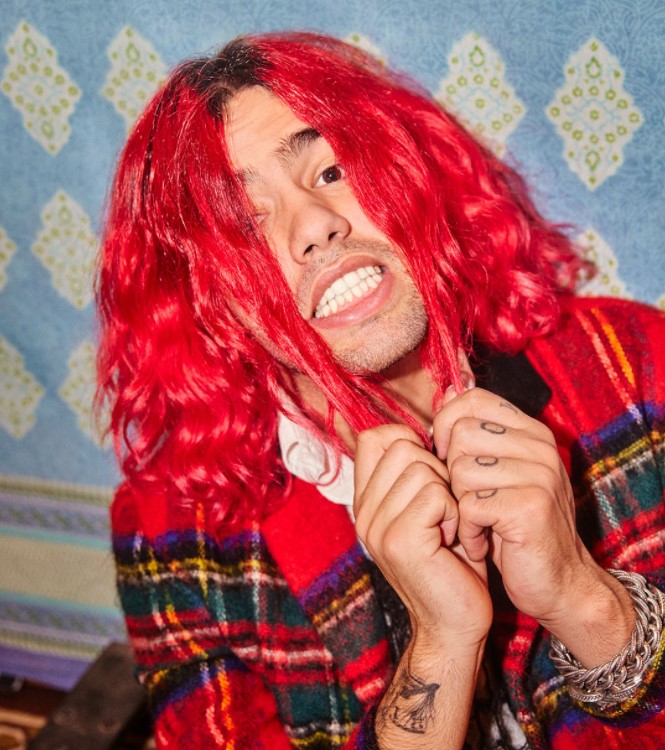 Addison Rae is reportedly dating Omer Fedi. Rumors about their affair had started flowing among their fans. Speculation about the two dating has been flowing after they were spotted holding hands together several weeks ago. However, neither had spoken about their affair. The Israeli musician Fedi unofficially confirmed their affair through his Instagram story. Addison Rae’s debut movie, He’s All That had topped Netflix’s Top 10 in the US charts and Fedi took it to celebrate through an Instagram story. Fedi was also on the no. 1 on the Billboard Hot 100 chart with Justin Bieber and The Kid Laroi’s song, “Stay”, which Fedi produced.

He wrote in his story, “Me and my baby are both number 1 atm. I’m so, so, so proud of her. Wonder if we’re the first couple to ever do that with a movie and a song? Anyway, love you babe.” 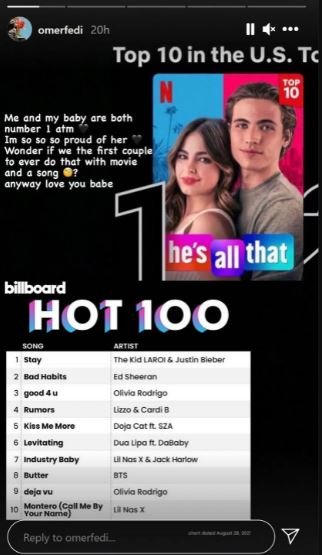 Who is Omer Fedi?

Addison Rae’s rumored boyfriend, Omer Fedi is an Israeli guitarist, songwriter, and producer. He was born on 25 March 2000 in Tel Aviv, Gush Dan in Israel. He holds Israeli nationality. His zodiac sign is Aries. He was born to his drummer father, Asher Fedi who taught him to play drums from a young age. Information about his mother and siblings is not available at present. He belongs to the white ethnicity. Fedi switched from drums to guitar at the age of 10. Omer and his father, Asher moved to Los Angeles when he was 16. They moved to the United States to find further musical opportunities. He attended Calabasas High School in Los Angeles, where he joined the high school’s jazz ensemble.

Fedi won the “Outstanding Performer” award over 9,000 contestants at the Reno Jazz Festival in 2018. The songwriter Sam Hook then approached Fedi for a collaboration. Fedi’s career began escalating after he began performing on Machine Gun Kelly’s COVID-19 lockdown session. He covered songs, “Misery Business” and “Waiting on the World to Change”.

Fedi either co-wrote, produced, or performed on 24kGoldn and Iann Dior’s “Mood”, Lil Nas X’s “Montero (Call Me By Your Name)”, Juice Wrld’s “Go!”, and the Kid Laroi and Justin Bieber’s “Stay”. The single “Stay” which he produced and released in July 2021, peaked at number one on the Billboard Hot 100.

How Tall is Omer Fedi?

The Israeli musician Omer Fedi stands around the height of 1.7 m i.e. 5 feet and 7 inches tall. He has a body weight of around 141 lbs i.e. 64 kg. He has a slim body build. His eye color is dark brown and his hair color is black. He often dyes his hair in different bright colors. His sexual orientation is straight.

What is Omer Fedi Net Worth?

Omer Fedi is a rising musician who has made success in the music industry. A trained guitarist, Fedi is a songwriter and producer as well. Fedi produced “Stay” by Kid Laroi and Justin Bieber peaked at number on the Billboard Hot 100. He has also either co-written, produced or performed on several other popular artist’s songs. Fedi earns from his music career and his net worth is estimated at around $2 million at present.