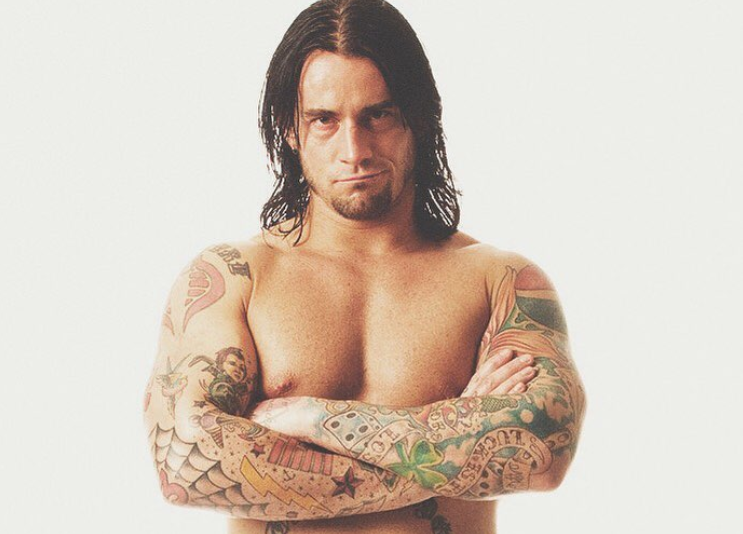 Phillip Jack Brooks, known by the ring name ‘CM Punk‘ is a professional wrestler, actor, professional mixed martial arts commentator, and a retired professional mixed martial artist from the USA. He is currently signed to All Elite Wrestling (AEW). He is also signed to Cage Fury Fighting Championships (CFFC) as a commentator. CM Punk is famous for his dangerous attacking style and for working as a professional wrestler with WWE (World Wrestling Entertainment) and known for his time in WWE where his 434-day reign as WWE Champion stands as the sixth-longest in title history. Starting the journey of wrestling in 1999 on the independent circuit, he is still active in the wrestling field. In 2005, he signed with World Wrestling Entertainment (WWE) where he has won the WWE Championship twice, the World Heavyweight Championship three times, and the Intercontinental Championship and the ECW World Heavyweight Championship once each. In addition, he won the World Tag Team Championship, becoming WWE’s 19th Triple Crown Champion; the fastest wrestler to achieve this feat, in 203 days. Before working with the WWE, he competed for several American wrestling promotions, IWA Mid South, Ring of Honor, and Total Nonstop Action. He won Superstar of the Year at the 2011 Slammy Awards and was voted Wrestler of the Year in 2011 and 2012 by readers of Pro Wrestling Illustrated. He left WWE in the year 2014 and later went to sign a multi-fight contract with the famous MMA promotion, Ultimate Fighting Championship in December 2014. He made his professional and MMA debut against Gall on September 10, 2015. His character ‘CM Punk’ has been consistently portrayed as outspoken, confrontational, sharp-tongued, anti-establishment, straight edge, and iconoclastic, most of which are inspired by his real-life views and personality. After his retirement from professional wrestling, he pursued a career as a mixed martial artist, and he signed with the Ultimate Fighting Championship (UFC). He had his first professional fight at UFC 203 in 2016, losing via submission to Mickey Gall. He is also active in the entertainment industry. He had his first leading acting role in the animated film “The Flintstones” & “WWE: Stone Age SmackDown!” (2015), and has since starred in the horror films “Girl on the Third Floor” (2019) and “Rabid” (2019), and in the drama television series “Heels” (2021–present). As a writer, he wrote the introduction for the hardcover edition of Marvel Comics’ 2012 crossover event “Avengers vs. X-Men”. He also wrote a one-shot of Marvel’s Master of Kung Fu, which was published in November 2017. He is also nicknamed Chick Magnet Punk, Cookie Master, Phil, PJ, The Best in the World, The Second City Saint, The Second City Savior, The Straight-Edge Savior, The Straight-Edge Superstar, The Voice of the Voiceless.

Yes, CM Punk officially retires from UFC. Punk has notified UFC that he has retired from Mixed Martial Arts. He had to inform UFC of this so that he could be removed from UFC’s anti-doping program as he was tested six times in 2020. Since 2018, he hasn’t fought in UFC and Dana White indicated at the time that Punk would likely not be back unless he got some wins in smaller promotions. His second and last UFC fight was at UFC 225 where he lost to Mike Jackson via unanimous decision. Punk began training under Duke Roufus’ Roufusport academy in 2014 and he was scheduled to make his MMA debut a year later but a back injury delayed those plans to 2016. His status changed in 2021, however, as Punk has not been tested at all this year as he notified the UFC about his retirement while plotting his return to pro wrestling after inking a deal with upstart promotion All Elite Wrestling. After seven years away from the ring, Punk signed a new deal to join AEW where he’s expected to make his debut for the promotion in September. 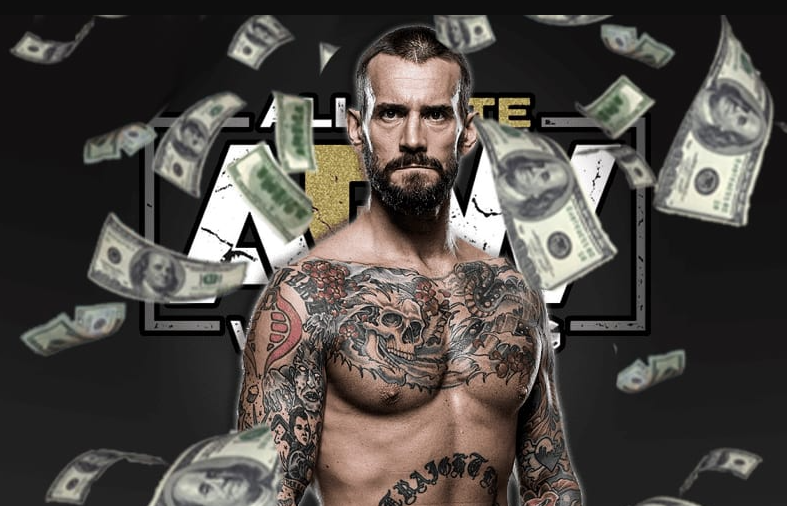 What is the Real Name Given By CM Punk’s Parents?

CM Punk was brought into this world by his parents on 26th October 1978. He was born with the real name of Phillip Jack Brooks in Chicago, Illinois, the USA whereas his hometown is in Lockport. He holds American nationality and he belongs to American-White ethnicity. His present age is 42 as of 2020. Born to American parents, his father was an engineer and his mother was a homemaker. His father struggled with alcoholism, which inspired Brooks to follow a straight edge lifestyle from an early age, while his mother suffered from bipolar disorder, causing him to become estranged from her. He also has five siblings with whom he grew up. He does not follow the religion. Thus, he is atheism. As per his birth date, his Zodiac sign is Scorpio.

CM Punk went to Lockport Township High School in his hometown. Initially, he joined a wrestling school in Chicago named “Steel Dominion” where he got proper guidance from the expert “Ace Steel”.

CM Punk Wife: Who is he married to?

CM Punk married his beautiful wife, A.J. Lee after being in several relationships. A.J. and CM Punk started dating in September 2013 and then, the duo got engaged in March 2014. After three months of their engagement, they got married on 13th June 2014. His spouse, A.J. Lee is a retired wrestler. Today, the happily married couple is enjoying their present life a lot without any disturbances. CM Punk and A.J. Lee are currently residing in Chicago. His sexual orientation is straight. He has been outspoken in his support for LGBT rights and same-sex marriage. 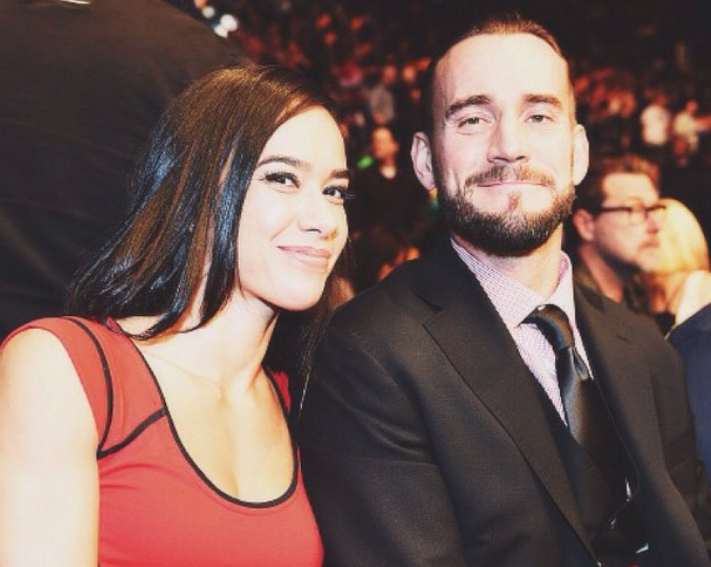 CM Punk, the great professional wrestler has made a huge amount of money from his fighting career. As of September 2021, the net worth of CM Punk is believed to have $10 Million which is increasing gradually. His major source of wealth comes from his WWE and UFC career whereas he is also making a cool amount of money from the entertainment industry and writing career. His annual salary from WWE is more than $1.5 Million which also includes a bonus of 3.25% on merchandise sales whereas his monthly salary is around $100K. As per Forbes magazine, he made around $1 million during his UFC debut. Back in 2011, he was making $1 Million in WWE. In between 2012-2013, he made around $1.7 Million. Additionally, he was also the cover star of the WWE 2K13 video game which earned him $200K. His journey with WWE earned him great fame. Being a professional wrestler, he fights in the ring to continue his living.

CM Punk is a handsome hunk with a height of 6 ft or 183 cm. His body is filled with a number of tattoos. He has more than 30 tattoos inked in his whole body. In his stomach, he has a tattoo entitled “STRAIGHT EDGE”. ‘Straight Edge’ is a culture followed by people who refrain themselves from using alcohol, tobacco, recreational drugs, promiscuous sex, following a vegetarian or vegan diet, and not taking caffeine and prescription drugs. Punk follows the straight edge lifestyle. Likewise, he has a “Pepsi Globe Logo” near his left shoulder.  Whenever Punk is asked about his Pepsi logo tattoo he replies, “I like Pepsi.” He has a tattoo “LUCK IS FOR LOSERS” near his left elbow, “Four Ace Playing Cards” tattoo on his left arm, “Horseshoe” tattoo on his left elbow, “No gimmicks needed” tattoo on his left hand, ” DRUG FREE” tattoo on the knuckles of his hands, “Four-Leaf Clover” tattoo on his left forearm and many more.