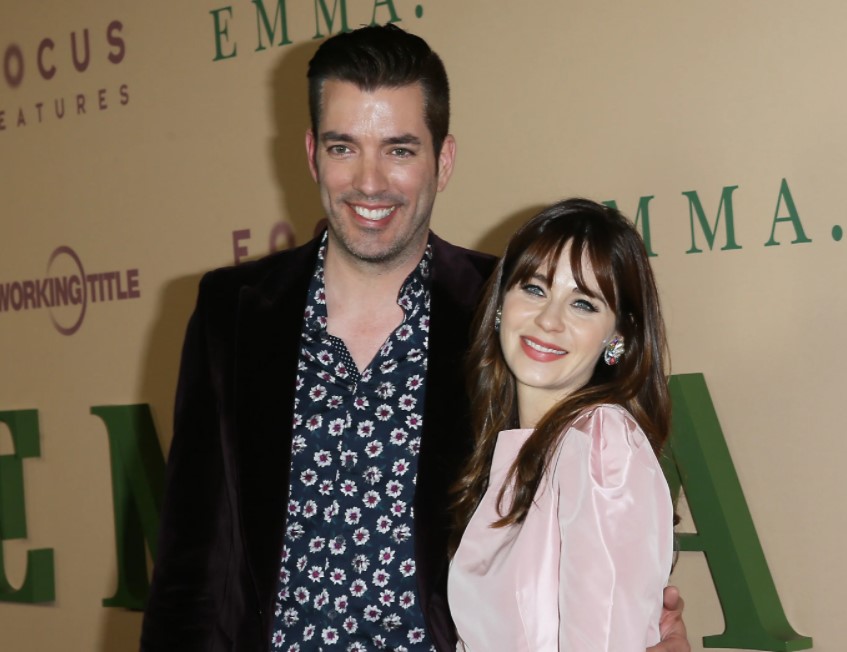 Zooey Deschanel is an American actress, model, and singer-songwriter. Deschanel is known for her deadpan roles in comedy films such as The Good Girl, The New Guy, Elf, The Hitchhiker’s Guide to the Galaxy, Yes Man, and 500 Days of Summer. On television, she is known for her role as Jessica Day on the Fox sitcom, New Girl. She earned an Emmy nomination and three Golden Globe Award nominations for New Girl.

Deschanel is also a Grammy-nominated singer-songwriter. She is a member of the duo, She & Him, the other member being M. Ward. Together, they have released 6 albums. She was nominated for a Grammy Award for Best Song Written for Visual Media for “So Long”. The song was featured in the 2011 film, Winnie the Pooh soundtrack. 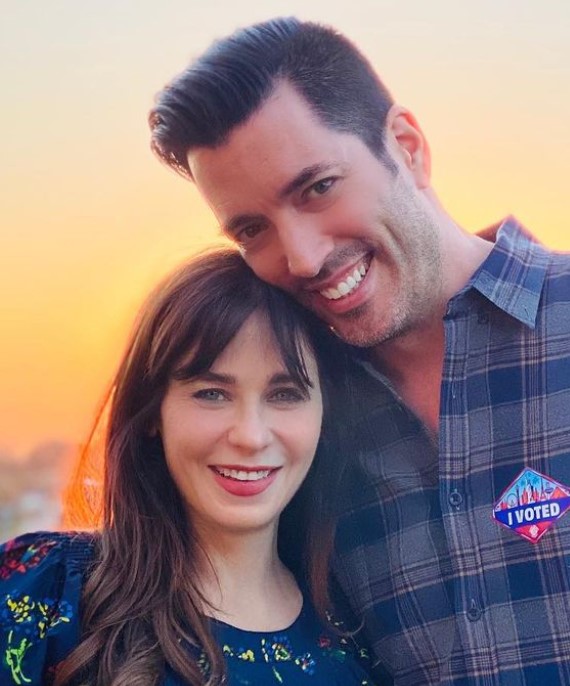 Who is Zooey Deschanel Dating?

Zooey Deschanel has been married and divorced twice. She was first married to musician Ben Gibbard from September 2009 to 2012. Gibbard is the lead vocalist of the alternative rock band, Death Cab for Cutie, and the indie supergroup, The Postal Service.

She then married film producer, Jacob Pechenik in 2015. The couple separated in 2019 and their divorce was finalized in June 2020. She shares two children, Elsie Otter, and Charlie Wolf with Pechenik.

While separated from her second husband, Pechenik, Deschanel started dating Property Brothers star, Jonathan Scott. They met in August 2019 while filming an episode of Carpool Karaoke: The Series. 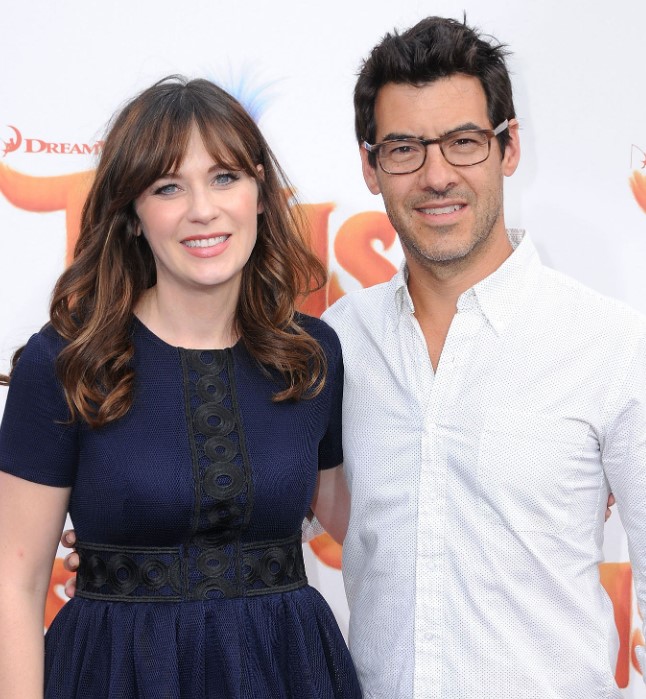 Are Jonathan and Zooey still together?

Zooey Deschanel and Jonathan Scott are feeling head over heels with each other. Since they started dating in 2019, the two seem inseparable. Their relationship is almost wide open to their fans and well-wishers. They do not hesitate to share their relationship stories on social media.

Deschanel and Scott both took to social media to pay tribute to each other while welcoming New Year 2021. In a sweet Instagram post made by Deschanel, she called Scott “My 2020 MVP”. She shared their picture which captioned, “My 2020 MVP was this guy, who always made me feel happy in spite of a weird and uncertain year. Hoping 2021 is full of silver linings for everyone.”

Scott also wrote on Instagram, “I’m dedicating this year to love, happiness and the pursuit of helping others. I feel like I’ve got a good jumpstart on the love part 🥰 what are your resolutions? #HappyNewYear” 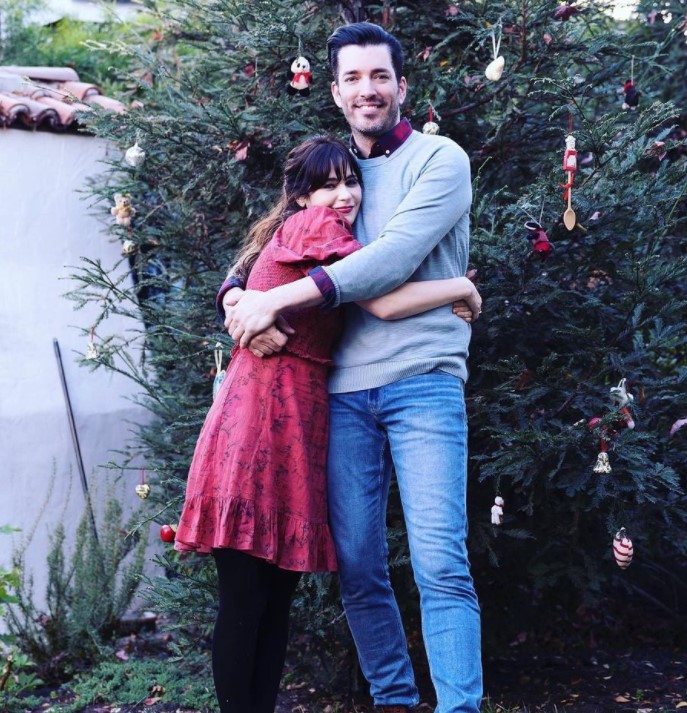 Zooey Deschanel’s boyfriend Jonathan Scott is a Canadian reality television personality, construction contractor, illusionist, and producer, best known as the co-host of the reality tv series, Property Brothers. He co-hosts Property Brothers and it’s spin-offs shows along with his twin brother, Drew. The show chronicles their professional as well as personal life. Jonathan  Scott is a licensed contractor who renovates houses bought by Drew who is a real estate agent. They usually search for neglected houses and then renovates them back to life.

He is also the co-founder and executive producer of the film and television production company, Scott Brothers Entertainment. 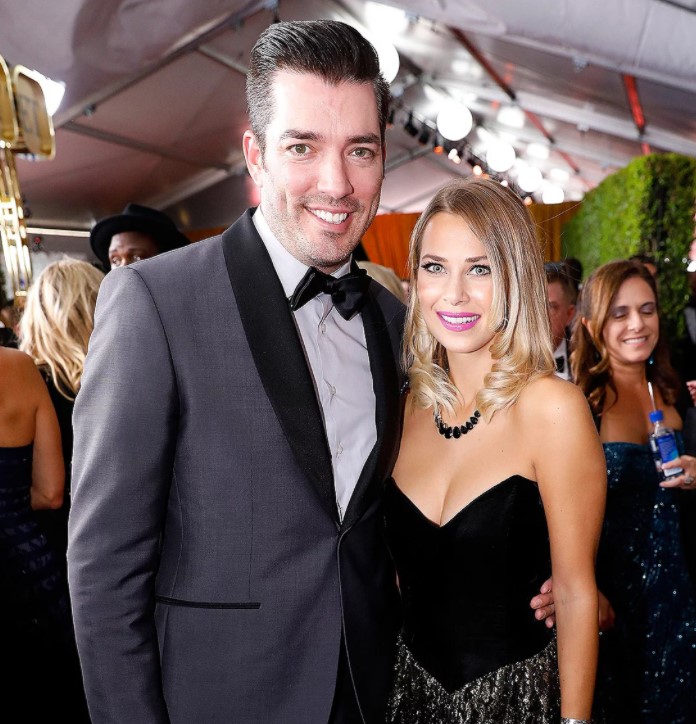 Scott was previously married to a WestJet crew scheduler, Kelsy Ully from 2007 to 2013. They had separated in 2010. He dated radio producer Jacinta Kuznetsov. They split in April 2018. A year later, he met actress, Zooey Deschanel.