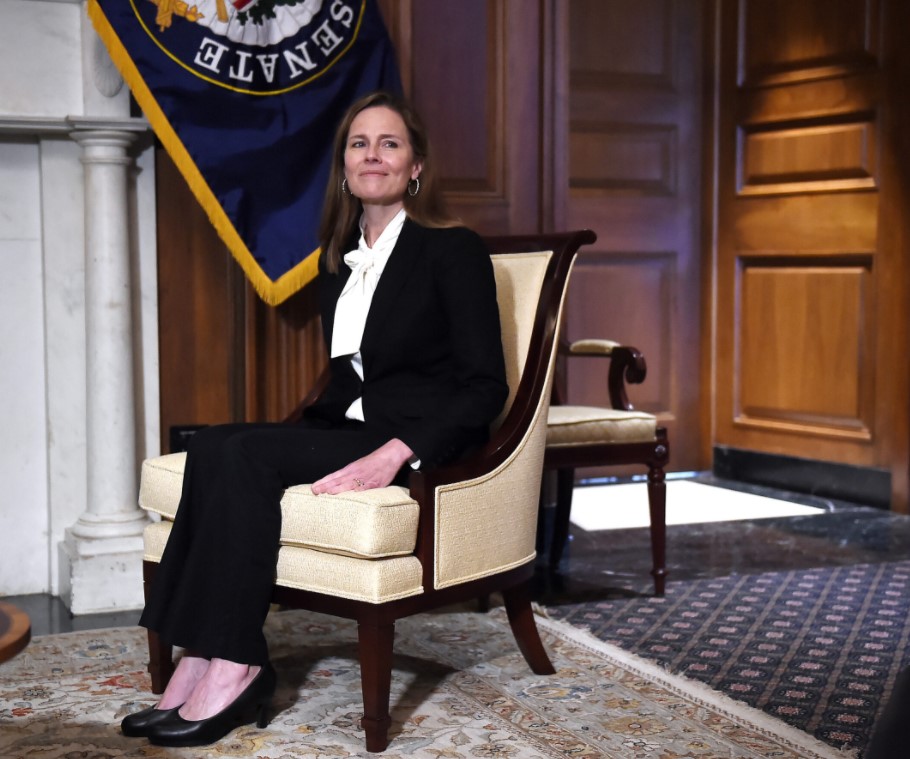 Here are the 10 things about Amy Coney Barrett.

Who is Amy Coney Barrett?

1. She comes from a family of law background.

Amy Coney Barrett was born to a father, Michael Coney, and a mother, Lida Coney. Her father worked as an attorney for Shell Oil Company. Her mother was a high school French teacher and homemaker.

2. She has 6 younger siblings.

Amy Coney Barrett has 6 younger siblings. She is the eldest child. She has 5 younger sisters and a younger brother. 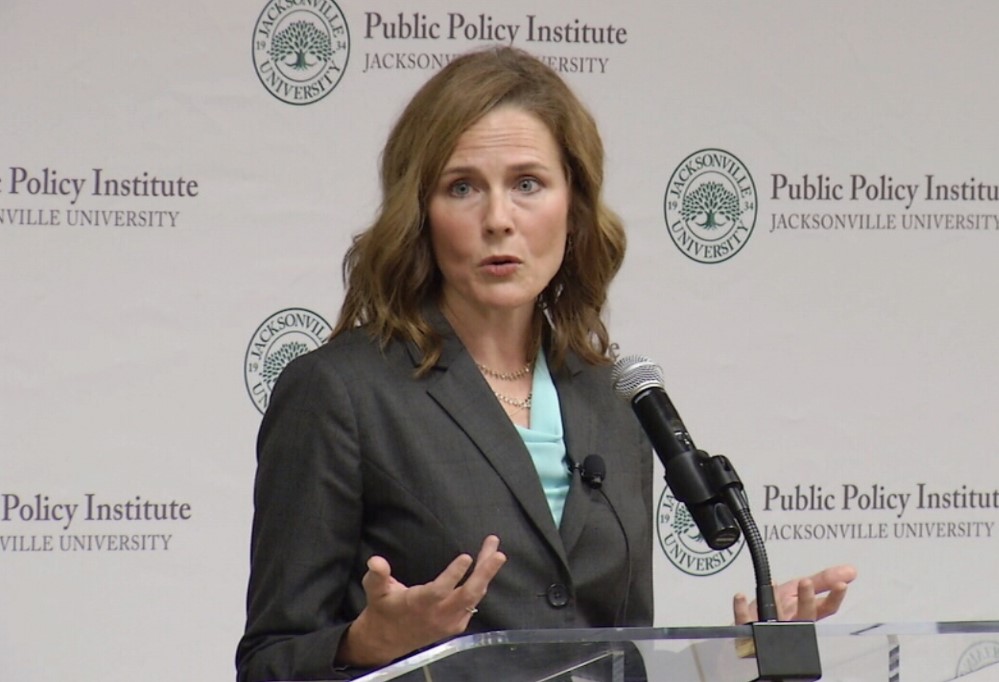 3. She graduated first in her class.

4. She first worked as a law clerk.

After graduating from Notre Dame in 1977, she worked as a judicial law clerk. She first worked as a clerk for Judge Laurence Silberman of the U.S. Court of Appeals for the D.C. Circuit from 1997 to 1998. She then clerked for Justice Antonin Scalia of the U.S. Supreme Court from 1998 to 1999.

5. She was a professor at her alma mater. 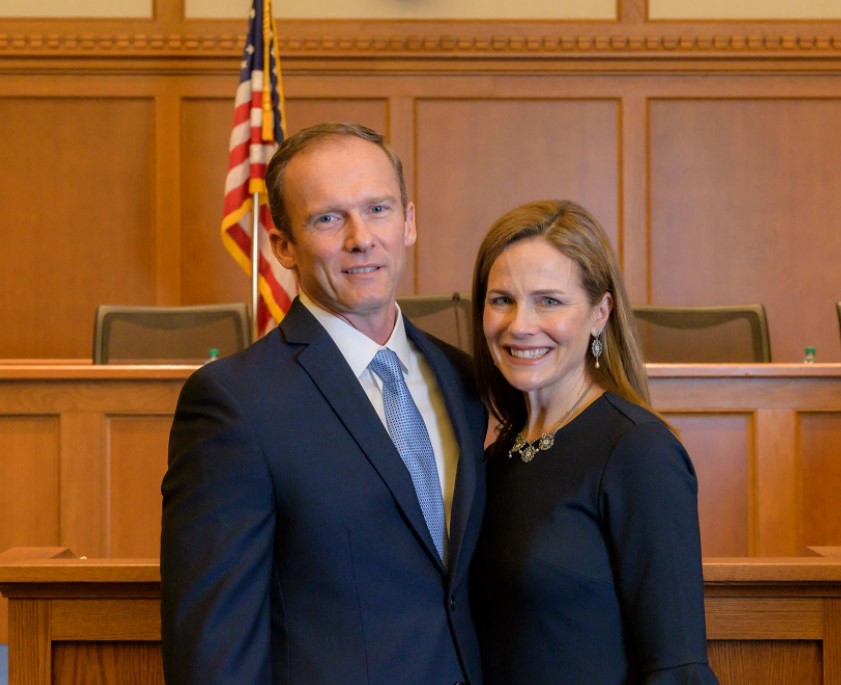 6. She is married to a law professor.

7. She has 2 Adopted Children.

Amy Coney Barrett and her husband Jesse Barrett has 7 children altogether. They have 5 biological children whereas two of their children are adopted from Haiti. The couple adopted their first child in 2005 and second child after the 2010 Haiti earthquake. Their youngest biological child has Down syndrome. 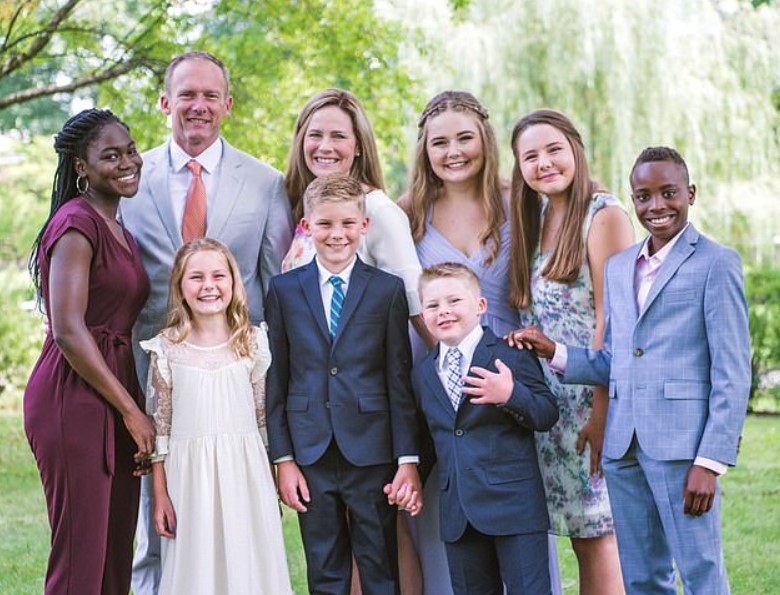 Amy Coney Barrett personally opposes abortion. She signed an advertisement in 2006 that opposes abortion. The advertisement placed in a South Bend, Indiana newspaper by an anti-abortion group, St. Joseph County Right to Life read,  “We, the following citizens of Michiana, oppose abortion on demand and defend the right to life from fertilization to natural death. Please continue to pray to end abortion.” She signed another advertisement against Roe v. Wade in 2013. The ad that appeared in Notre Dame’s student newspaper and described the decision as having “killed 55 million unborn children”. She also spoke at two anti-abortion events at Notre Dame in 2013.

She has never ruled directly on abortion, but she did vote to rehear a successful challenge to Indiana’s parental notification law in 2019.

9. She was questioned about her religious faith subjected to the death penalty.

After the US President Donald Trump nominated Barrett to the US Court of Appeals for the Seventh Circuit in May 2017, her hearing was held on September 6, 2017. She was questioned about a law review article that she co-wrote in 1998 in which she had argued that Catholic judges should in some cases recuse themselves from death penalty cases due to their moral objections to the death penalty. She stated that she had participated in many death-penalty appeals while serving as a law clerk to Scalia, adding, “My personal church affiliation or my religious belief would not bear on the discharge of my duties as a judge”. She added, “It is never appropriate for a judge to impose that judge’s personal convictions, whether they arise from faith or anywhere else, on the law.” 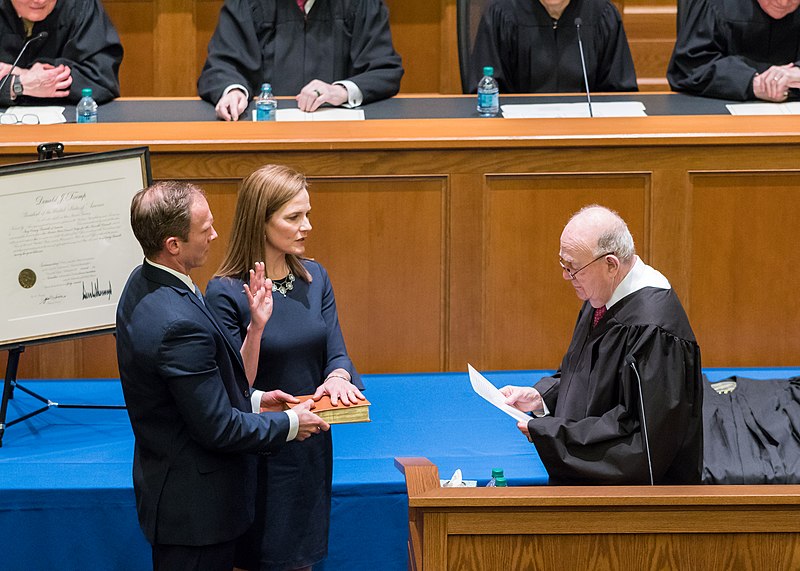