Andrew Herr is a Canadian actor and famous personality. He has been widely known for his role as Jonesy on the Canadian television sitcom Letterkenny. He starred in the series from 2016 until 2022 and shared the screen with actors like Kamilla Kowal, Michelle Mylett, Jared Keeso, and Nathan Dales.

Apart from that, he has worked on acting projects including Tide Waters(2014), The Dollanganger Saga(2015), and Upload(2020). He also worked in television movies like Mr. Hockey: The Gordie Howe Story(2013), The Unauthorized Saved by the Bell Story(2014), and Story of a Girl(2017). Wanna know more information on his relationship status, career, and net worth then keep on scrolling. 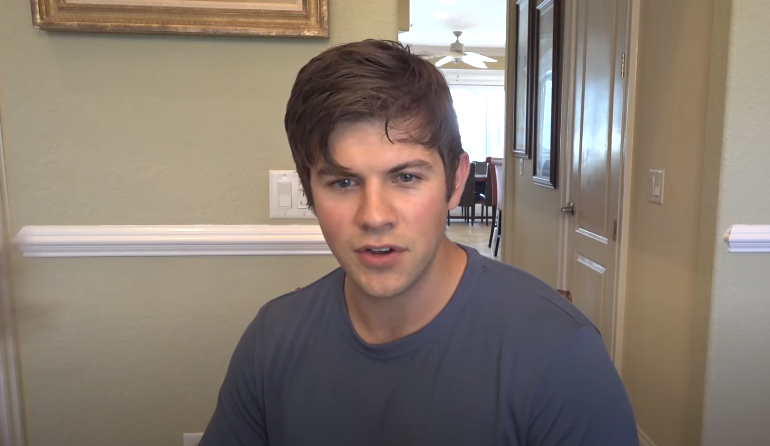 The actor was born on 25 May 1991 in London, Ontario, Canada, under the zodiac sign, Gemini. He was born as the son of supportive and caring parents. At the age of two, his family to the small town of St. George, Ontario, and again relocated to Kingston when he was studying in grade 12. Further, he has two siblings: brothers, Ryan Herr and Sean Herr.

He has the nationality of Canada and belongs to the caucasian ethnicity. Regarding his education, he attended schooling in St. George and Kingston and then graduated from the University of British Columbia. He played junior hockey for two seasons: from 2009 to 2010, he played with Gananoque Islanders. The next season, he played with Napanee Raiders.

However, he became interested in acting and participated in a high school theatre production “Never Swim Alone” for the Sears Drama Festival. After his graduation, Herr went on to study acting at the Vancouver Institute of Media Arts (VanArts). He started his acting career in 2013 and appeared in Mr. Hockey: The Gordie Howe Story, Hockey Players, and A Sister’s Nightmare. Following that, he appeared in several television movies, series, and films. It includes 12 Rounds 3: Lockdown, Bigger Fatter Liar, and Status Update, amongst many more.

Coming over to her personal life, he is not single as of now and also is not married yet. Further, he is engaged to his longtime relationship girlfriend, Soph Sigz. It is unclear when the duo came together, however, the couple has been sharing pictures of 2018 on each other Instagram accounts.

On 10 September 2021, he posted a photo of their where Soph wearing an engagement ring. Previously, the actor was also in a relationship with a girl named Mikaela in 2014. They started dating in January 2014 and ended their relationship in 2015. Apart from that, he has not been involved in any kind of rumors or controversies. 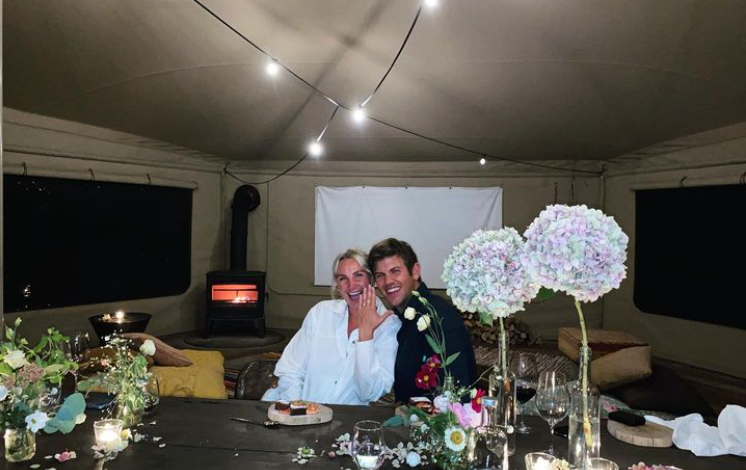 How Much Is Andrew Herr’s Net Worth?

The uprising actor has been making a good income comes from his acting within a short period of time. From his acting career, he has not only gained fame but also earned a profitable amount as well. Therefore, he has an estimated net worth of above $700 thousand. Further, he might have also been involved in endorsements and promoting brands too.

The handsome actor has a slim and well-exercised body that has unknown body measurements of chest and waist. His body stands at a height of 5 feet 11 inches or 1.82 meters and weighs around 65 kg. He has brown eyes color with brown hair color.