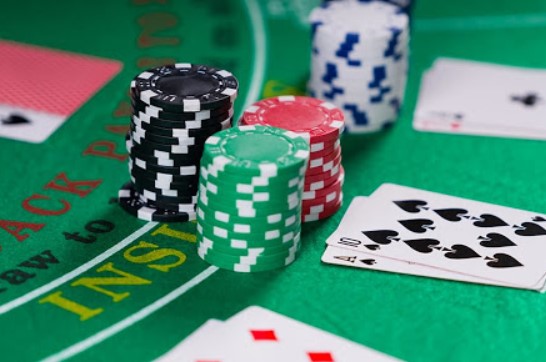 Celebrities love the casino, and some of the biggest names can be found down the Las Vegas strip often. Learn the celebrities who gamble and their favourite games here.

A-List celebrities may be stinking rich already, but they too love a flutter at the casino. Lots of times famous people have been seen at the tables, whether it is skilled players like Ben Affleck or the latest hot pop star. It is even rumoured that some celebrities are paid to appear at Vegas casinos to increase the buzz around the venue and attract more visitors.

We can’t verify if that’s true or not – but we can tell you the games that some high-profile celebrities play the most. Here are some of the most popular games in the casino and which stars are playing them. From ex supermodels to boybands, here is the lowdown.

Blackjack with the Royals

Blackjack is one of the easiest games to play and a favourite among A-listers. Paris Hilton, Michael Jordan and Matt Damon are just some of the famous celebrities who are known to enjoy playing blackjack. Paris reportedly won $50,000 in a single blackjack sitting.

But these aren’t the most prominent names to play blackjack. The biggest of them all is Prince Harry. The soon-to-be-former royal was a bit of a party boy in his youth and was spotted playing blackjack in Vegas. Let’s hope he is a better pilot than gambler as he lost around $300 that night.

Ben Affleck is also a massive casino fan and a dab hand at blackjack too, but he is regarded as the best celebrity poker player around. It is reported that he knows how to count cards well, which the casinos don’t like too much, and that may contribute to his blackjack and poker successes. For some, he may be a better poker player than an actor – but that’s up for debate.

One Direction and Roulette Mischief

Roulette is always a popular game with crowds of people hovering around the table to watch people play and win. The game has been exceptionally favoured by golfing star Tiger Woods. But arguably the bigger star who is a fan of roulette is One Direction icon, Harry Styles.

This long-locked singe rand the rest of his band were kicked out of a Vegas casino because it came to the casino’s attention that they were not yet old enough to gamble in the US of A – which is 21 years old.

Playboy Models and their Slots

Slot games are not as popular with men because men usually want to have more control over their power to win and include strategies. So, it is unsurprising that female A-listers are more likely to enjoy playing casino slot games.

Baywatch phenomenon and ex-Playboy model Pamela Anderson is known to enjoy chatting with friends while playing slot games. We’re not sure where the hobby started or if she is lucky or not.