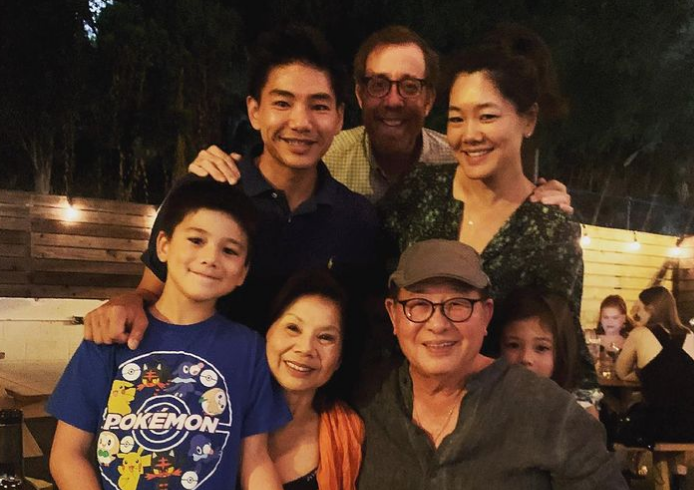 If you are an avid viewer of the popular Bravo reality show, “The Real Housewives of Beverly Hills”, then you surely know who Crystal Kung Minkoff is? She is an American reality television star who debuted as the show’s newest member on the 11th season. With the show’s extended and unexpected delay, her entrance came as a shock. She even became the Bravo franchise’s first-ever Asian-American Housewife to be cast on the show’s history.

Her presence on the show provides the perfect drama for the show’s fans, who have been yearning for it for the past few seasons. Her fame has soared to such heights that every viewer now wants to know more about her, her family, well, to be honest, especially her pop-star brother, Jeffrey Kung.

Not only has Crystal gained a place in the public eye, but so has her brother, Jeffrey, a big pop sensation in China and Crystal’s business partner. Jeffrey came up into highlights among the fans when he made his first appearance on the show’s second episode. In the episode, she jokingly talked about her brother being her “Manny”. Just seeing his cameo appearance now fans instantly want to know more about him.

Recently while giving an interview with “The Daily Dish”, she revealed a little more about how Jeffrey got his start in the music industry. Well, for those who don’t know much about Crystal’s brother this article is for you.

Here’s all you need to know about Crytal’s older brother Jeffrey, who you’ll most likely see a lot of on The Real Housewives of Beverly Hills this season.

Jeffrey Kung, the name quite popular these days among the fans of “RHOBH”, is a self-made popular celebrity in China. While Real Housewives viewers know him as his sister’s “Manny”, Hong Kong music fans know him for his music as a pop star. Raised in the city of Los Angeles, where he did his schooling Jeffrey studied abroad in his native country China while his sister, Crystal studied at the University of California in the US only.

Growing up Jeffrey developed an interest in music which he continued and pursued as a vocation. Now after years of his presence in the music world, he has turned to be a pop star in China however his music hasn’t hit the US charts yet. His recent single, “Real Life,” has over 350,000 streams on Spotify.

Apart from his career as a singer, he is also a business partner of his sister together with whom he has founded the beverage company, “Real Coco”. Upon his presence on the show he reacted via his Instagram: @jeffreypkung sharing some photographs of him with Crystal and family captioning;

“I hear that I am on RHOBH tonight so that means to many of my new friends I may be known as Mannie Jeff. Thanks[Crystal]. Nice to meet you all and thanks for supporting my sister. Here are some greatest hits of me being uncle Jeff,” he said, sharing family photos. “PS go listen to my music too. Just search Jeffrey Kung anywhere.”

Born in the year 1984 in California, United States, Jeffrey Kung grew up in Michigan alongside his younger sister until he moved to China for further studies. While he was born in 1984, his sister, Crystal was born in the year 1985 which makes him the elder brother of Crystal by just one and half years. Even so, the Kung siblings grew up loving each other just like friends.

2. He got his first Record Deal when he was a student.

Developing an interest in music, Jeffrey got his first record deal while he was in his first year of school at the University of Michigan, studying abroad in China at Peking University. He shared the news of his first success by making his first to his family in the US saying, “Oh, I got a record deal.”

The family however couldn’t understand what he was talking about so they replied saying, “For what? You’re going to business school”. He replied, “I don’t know. It happened”.

3. He was scouted by a talent agent at a karaoke bar.

It was a big achievement as he didn’t even speak Mandarin at the time and had no training as a singer or even a musical background.

After getting signed to the agent, he made a demo followed by the release of his first album in the hip hop genre. The album won him his very first MTV Best New Artist Asia. Since his first start, he has released 5 albums, mostly in the hip hop/pop genre. “Dream Girl,” “Real Life,” and “Boss” are some of Jeffrey’s hit songs.

His music video “Slide” released in 2017 was featured on RHOBH as well. In his carer run of 20 years, he also has won the Chinese Grammy for New Artist of the Year in 2001.

5. Jeffrey and Crystals are the 76th descendants of Confucius.

Born as the eldest child to his first-generation Chinese immigrant parents; Homer Kung(father) and Stephanie Holappa(mother), Jeffrey was raised alongside his younger sister, Crystal in an established environment both of who were raised learning their Chinese culture.

As per their heritage, the Kung siblings are even the 76th descendants of Confucius, an ancient Chinese philosopher.

Alongside his sister and childhood friend Brian Bardos, Jeffrey founded and started up the beverage company titled “Real Coco” in 2012. The company offers coconut products, including coffee creamer, water, milk, and chips.

It’s also the only single-sourced organic coconut milk/creamer on the market that’s bottled at the source, with sales expected to exceed $15 million by 2020.

Both of the siblings have descriptions of Real Coco on their social media sites. Crystal has given credits to Jeffrey for the better development of the company saying;

“He ran all the logistics of it, and I helped develop tall the products”.

7. He is in a relationship.

Jeffrey, 36, is engaged to his girlfriend, Vivi Tan. Tan is a model whom he met while they were on the same flight going from Las Vegas to LAX. Vivi even appeared in Jeffrey’s 2017 music video for “Real Life.”

He was about to get married to his fiance, Vivi on March 27, 2020, in Shanghai, as per their Zola Wedding website. However, it’s still unclear if the couple is really married or not. But looking at his Instagram posts, it doesn’t seem that the couple is married or anything at all.

8. He is a friend of Beverly Mitchell.

He seems to have a good friendship bond with Beverly Mitchell also known as Lucy. Mitchell is an American reality personality who is well known for her appearance on “7th Heaven”. It was confirmed that they were good friends when Beverly congratulated him on his “Day and Night” release in his Instagram comments.

9. He is living with Crystal’s family in the US.

Due to the COVID-19 pandemic and its second wave hitting all around the world, many airlines have been postponed. It also might be the reason for Jeffrey to stay in the US alongside his sister, her husband, and their children. Crystal also revealed that Jeffrey has been staying with her and her husband, Rob Minkoff, for several months now and are really happy together.

Together with Crystal’s family, he has been working as a “manny” for his sister’s two beautiful children as well. He is often seen taking the children who address him as “Uncle” to different places.

Besides, it seems like he was in Los Angeles even before 2021 as he even voted in the 2020 Presidential Election, which he notified via his on Instagram captioning; “#RidinWithBiden.”

With his up, growing popularity in the music and entertainment field both, Jeffrey has managed to have a healthy fan following on his social media sites. He has over 14k followers on his verified Instagram account: @jeffreypkung while his sister has a fan following of over 60k followers on account: @crystalkungminkoff.