Diego Simeone is an Argentine professional football manager who is currently the manager of Atlético Madrid since December 2011. Simeone is considered a legendary figure in the history of Atlético Madrid due to his achievements as a player and manager with them. He is also a former footballer who played in the position of midfielder. He started his foootball career with Vélez Sarsfield and later he played for Pisa, Sevilla, Atlético Madrid, Inter Milan, Lazio, and Racing Club. Representing himself for his national team, Simeone was capped over 100 times for the Argentina national team and represented the country at 1994, 1998, and 2002 FIFA World Cups, and in four editions of the Copa América, winning the tournament in 1991 and 1993. Regarding his managerial career, he has coached Argentine sides Racing Club, Estudiantes de La Plata, River Plate, and San Lorenzo, and Italian club Catania before joining Spanish club Atlético Madrid in 2011. He is the longest-serving manager in La Liga, having stayed a decade at Atlético. He is nicknamed “El Cholo” as his energetic play reminded him of former Boca Juniors player and Argentine international Carmelo Simeone (no relation) who possessed the nickname.

Diego Simeone believes it is “not healthy” for opposing managers to shake hands after the Atletico Madrid boss snubbed Liverpool manager Jurgen Klopp. The Reds escaped their trip to Spain with a 3-2 victory, taking advantage of Antoine Greizmann’s red card before Mohamed Salah converted from the spot in the second half to break the deadlock. Salah’s penalty with 12 minutes to go sealed a 3-2 win for Liverpool after Griezmann was shown a red card in the second half for a dangerous tackle. Atleti, meanwhile, were denied a penalty of their own moments later and, as the match ended, Simeone opted to head straight to the dressing room, leaving Klopp without a post-game handshake and the German yelling down the tunnel. “I wanted to shake his hand – we are both emotional,” said Klopp. “He was angry with the game – nothing else. When we see each other again we will 100% shake hands.” Klopp was happy with a “dirty three points” to make it nine points from nine in the Champions League group stage, while Atletico and Porto both on four points. “We still had to defend with all we had because even with 10 men they were quite intense to play,” said Klopp. 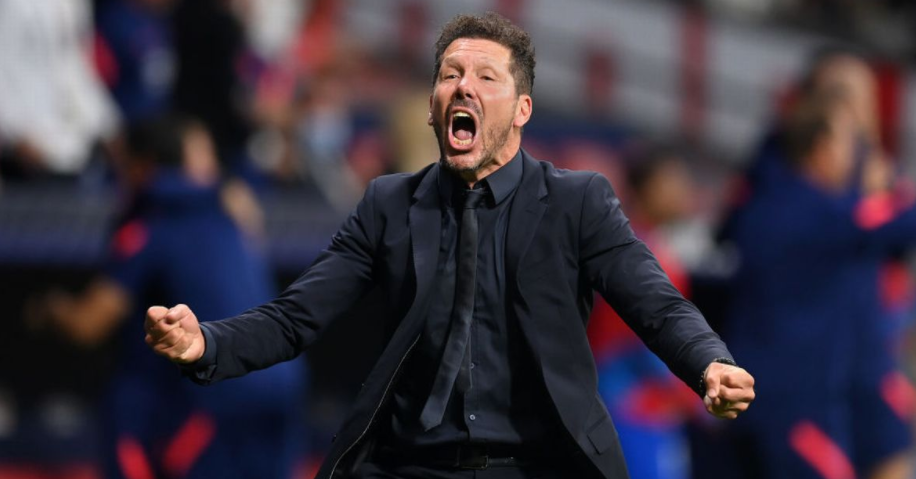 What is Diego Simeone Famous For?

What is Diego Simeone Nationality? Details About His Parents, Family, and Siblings

Diego Simeone’s real name goes by Diego Pablo Simeone González. His born date is 28th April 1970 which marks him the present age of 51 as of 2021. His place of birth is in Buenos Aires, Argentina. His nationality is Argentine and his ethnicity is Argentine-White. He was born to his parents, Don Carlos Alberto Simeone (father) and Maria Pablo Simeone (mother). He also has a sibling, a sister named Natalia Simeone with whom he grew up and spent his childhood with. His father was an amateur footballer who eventually started to make sales. His mom, on the other hand, was a hairdresser. Details regarding his education are still to get revealed yet. 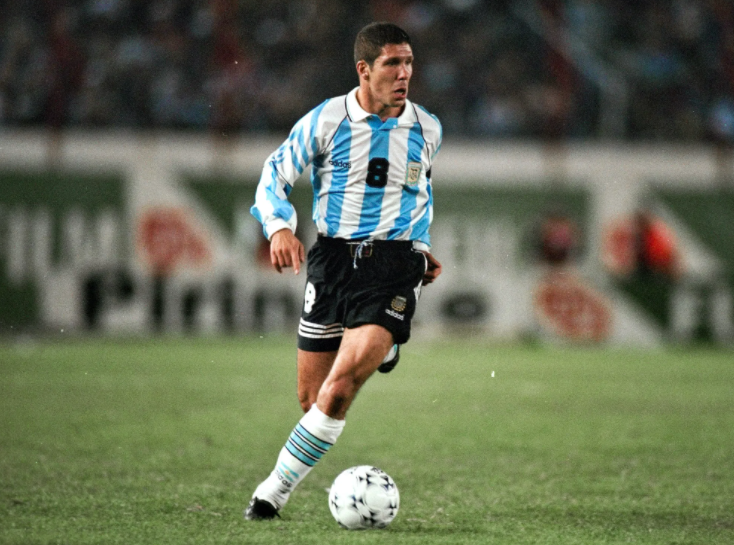 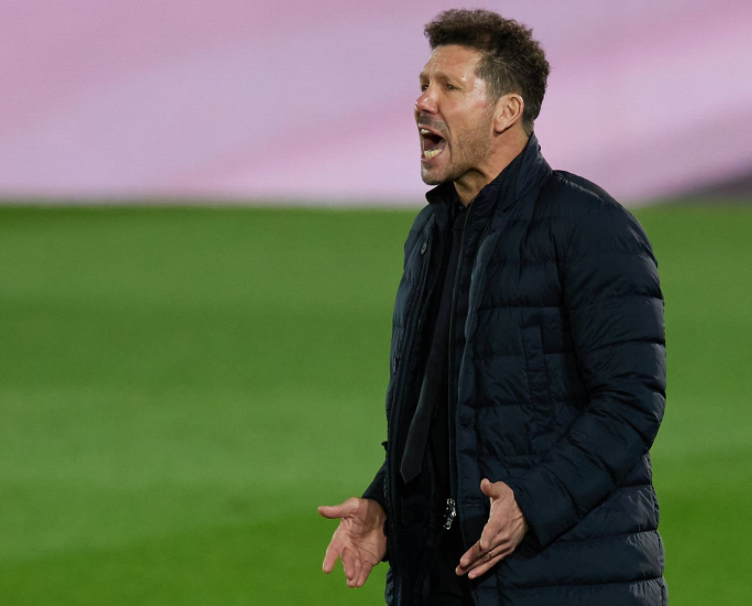 Who is Diego Simeone married to? Know About His Wife, Carla Pereyra

Diego Simeone is a married man. He is currently married to his beautiful wife, Carla Pereyra. After nearly five years of dating, Simeone and Pereyra tied the knot in a lavish wedding ceremony in Tuscany, Italy. By profession, Carla is a successful model and a TV show host. Today, the duo is enjoying their life a lot without any disturbances. Carla and Diego have two children together. Their first daughter, Francesca Simeone, was born in September 2016. In February 2019, after being pregnant for the second time, Carla gave birth to the couple’s second daughter, Valentina Simeone. His sexual orientation is straight and he is not gay. 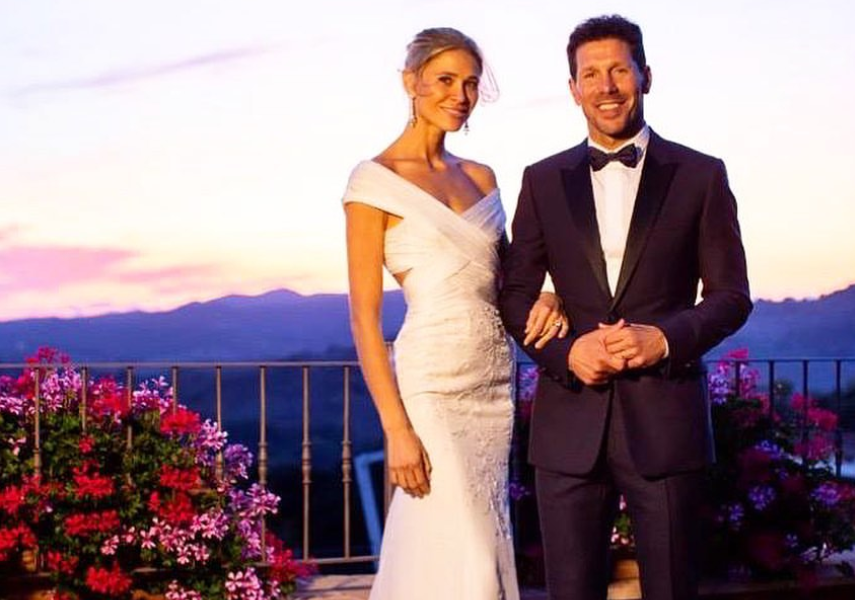 Before Diego met Carla, he was married to Carolina Baldini for 20 years, but things ended with divorce in 2014 due to affair gossips which involved both of them being unfaithful. Carolina has been his darling since childhood. They met again when he was 19, and they fell in love with each other again and tied the knot in 1994. With her, he has three sons; Giovanni, Guiliano, and Gianluca. Giovanni and Gianluca are professional footballers, currently playing for Hellas Verona and CD Ibiza respectively. Whereas his third son, Giuliano, has been seen as a ball boy for Atlético Madrid. 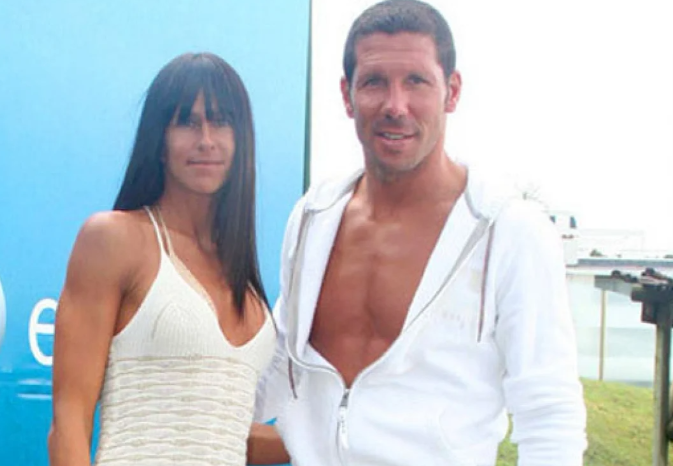 Carla Pereyra was born on December 15, 1986, which makes her the present age of 34. According to her birthday, Carla’s zodiac sign is Sagittarius. She was born in Argentina, so her nationality is Argentine. Professionally, Carla is a successful model and a TV show host. She has worked with designers like Max Mara and Alberta Ferretti. She had her big break after she was a contestant in Supervivientes: Perdidos en Honduras in 2010. After that she appeared in 90 Minuti, Amigas y conocidas and Viva la vida. 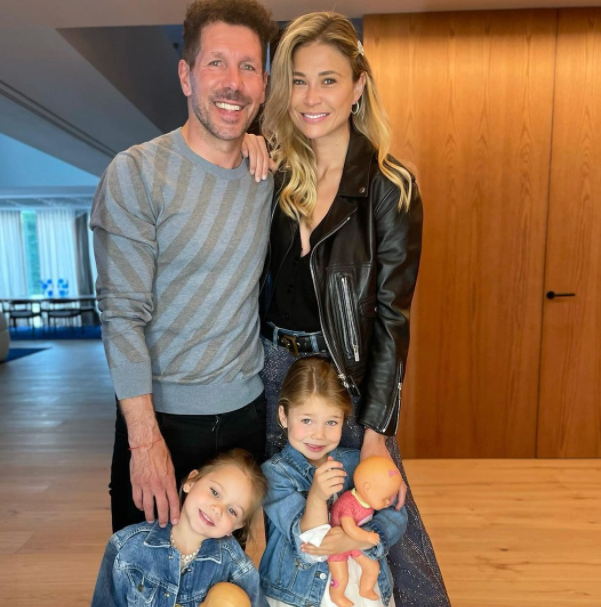 Diego Simeone is currently the manager for Atletico Madrid since 2011, a team for which he had played back in 1996 and won a domestic double with them. The net worth of Diego Simeone is estimated to have $130 Million as of 2021. His annual salary was around €42 Million as of 2020. His main source of wealth comes from the sports industry. He is leading a luxurious lifestyle from his earnings.

Diego Simeone is a handsome man with an athletic body type. He has an average height of 180 cm or 5 ft 11 in. His balanced bodyweight consists of 68 Kg or 150 lbs. He has a pair of green eyes and his hair color is dark brown. On 12th September 2020, he was tested positive for COVID-19. Today, he has a healthy body and he maintains his body a lot.