Greg Wise is an English actor and producer who has appeared in several films and television projects. His appearance includes Feast of July, Johnny English, The Disappeared, Number 13, Military Wives, and The Crown. However, he has been widely recognized for his performance Sense and Sensibility as the role of John Willoughby. In the film, he has appeared in the film along with his actress wife Emma Thompson.

He has also produced the 2010 BBC/Masterpiece production The Song of Lunch where his wife has appeared. Furthermore, it announced that he will be seen competing on the nineteen series ‘Strictly Come Dancing’. Wanna know more information on his more details, then keep on scrolling.

The actor was born on 15 May 1966 as Matthew Gregory Wise in Newcastle upon Tyne, England. He was born as the son of architect parents Douglass Wise and Yvonne Jeannine Czeiler. Wise has a nationality of British and belongs to the white ethnicity. He has not provided information on his siblings. Regarding his education, he attended the independent St Peter’s School, York. Following that, he went to Heriot-Watt University in Edinburgh to study architecture and performed at Bedlam Theatre. Also, he had enrolled to pursue drama at the Royal Scottish Academy of Music and Drama.

He started his professional career on stage and appeared in a musical based on TV producer Jack Good’s life called Good Rockin’ Tonight. Since 1992, he has worked in several television and movies. He made his film debuted in 1995 as Arch Wilson in Feast of July. Following that, he has worked in many movies include 1997 The Moonstone, 2001 The Discovery of Heaven, 2003 Johnny English, 2005 A Cock and Bull Story, 2013 Effie Gray, and 2018 ‘A Private War’.

Coming to his personal life, he has married the British actress, screenwriter, and producer, Emma Thompon. The couple first met on the set of “Sense and Sensibility” in 1995. At the time, his wife was still married to her ex-husband, actor-director Kenneth Branagh. Emma and Kenneth were together from 1989-1995.

Further, the duo exchanged vows in 2003 and as of now, they live in their permanent residence in West Hampstead, London. The couple has a seven-year age gap between them. They also had a daughter Gaia in 1999 through IVF. Also, they informally adopted Tindyebwa Agaba, a Rwandan orphan and former child soldier in 2003 the year they married. 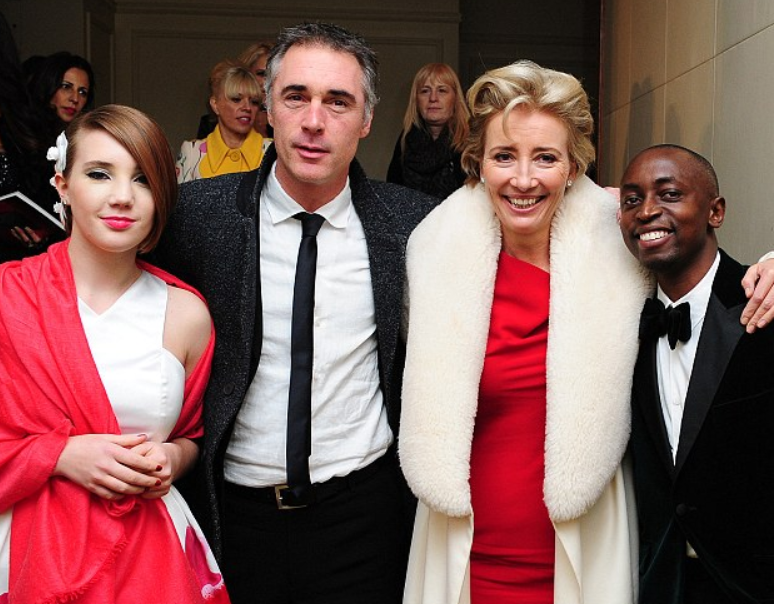 Coming over to his earning, he has been working in the film industry over the decades. Therefore, appearing in many television and films, he has earned a huge wealth as well as a name. Therefore, he has an estimated net worth of over $1.5 million. However, there is no exact information on his earnings or salary. On the other hand, his wife has an estimated net worth of around $50 million.

It seems that he is not active over different social media platforms like Twitter or Facebook. Besides these, he makes appearances in television programs and events.

The television personality has a well-maintained body that measures 42 inches chest size and 32 inches waist size. His body stands to a height of 6 feet 2 inches or 1.87 meters and weighs around 76 kg. He has dark brown eyes and black-silver hair color.