James Scully, the American actor who gained wider recognition after appearing in the ten episodes of black-comedy series ‘Heathers’. Also, many people know him for working in the second season of Netflix’s thriller ‘YOU’ as ‘Forty Quinn’. Moreover, he has also worked in a few series like ‘Quantico’ and ‘9-1-1’.

He has gained massive followers despite appearing in a few series and films. Risking millions of lady fan all over, he has posted a picture of him painting in the face and confirming to be gay through his social media account. Let us discover below to know more of his information on his parents, career, and relationships. 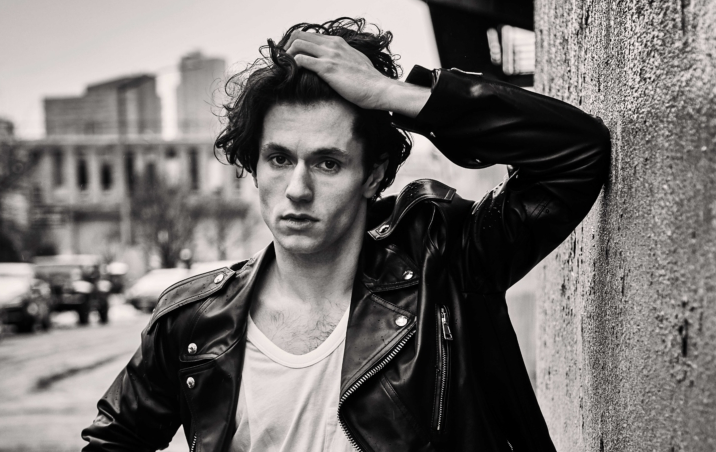 The actor was born as James Nicholas Scully on 19 April 1992 in San Antonio, Texas. The secretive person prefers not to speak his personal information publicly. So, he had hidden the information on his parents and siblings behind the curtains. However, once in an interview, he had revealed that he spent a brief period in England with his father where he was stationed as a part of the US Air Force.

Regarding his education, He attended Driscoll Middle School and later graduated from LEE High School’s North East School of the Arts in 2010. Further, both of the schools are located in the North East Independent School District. Then he joined Otterbein University and earned a Bachelor of Fine Arts in musical theater. Also, he has worked as a cycling instructor for three and a half years.

Before his involvement in the industry, he has worked minor jobs. Then he began to work in a commercial for Outback Steakhouse as well as a service announcement about Vicodin abuse with Riverdale actress Camila Mendes. Alongside that, he has also begun to perform at Off-Broadway after moving to New York. Then he debuted his screen career in the 2016 web series ‘Sublets’.

Following that, he appeared in an episode of TV drama thriller series ‘Quantico’, where appeared the actors like Priyanka Chopra, Josh Hopkins, and Aunjanue Ellis. Next, he added wider exposure to his career when he appeared as the main role of ‘Jason “JD” Dean in black comedy series ‘Heathers’ in 2018. In the same year, he worked as a guest role in an episode ‘Merry Ex-Mas’ of series ‘9-1-1’. In 2019, he gave voice for the video game ‘Telling Lies’ as well as joined the cast of American psychological thriller ‘YOU’ as ‘Forty Quinn’ in the second season.

The fans of the heartthrob actor must be wondering about his relationships or dating history. Moreover, the rising star is a secretive person who does not prefer to talk about his personal life in the media. However, the actor has confronted that he is gay. On 24 June 2018, he has posted uplifting yet emotional thoughts about the LGBT community captioning the Picture of him painting in the post. Despite his sexuality, he had entered into millions of hearts through his performance and looks.

All the ladies out there must be eagerly waiting to know whether he is in a relationship or not. Well, at the moment, he seems to be single and enjoying his bachelorette life. Furthermore, he has also not hinted about his relationship in any media. 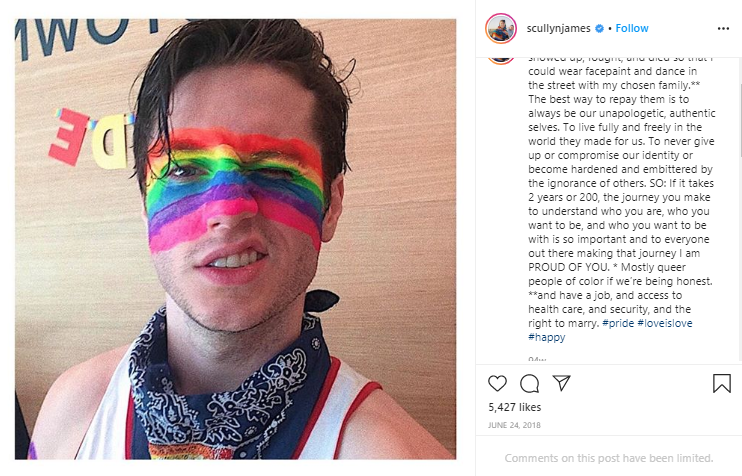 The rising star Scully started his journey with the show ‘Sublets’ that helped him to gain fame and wealth. Gradually, he has become part of several hits projects from where he had earned a good income. Though he has not revealed much information on his exact income or salary. According to reliable sources, the average earning of an actor ranges in between $37,784 and $44,000. However, looking at his fame, he must be earning above this range. Therefore, his net worth might have an assumption of around $0.5 million.

The actor seems to be using a limited social media accounts. Further, he is fairly active over different social media platforms, especially on Instagram. He goes by the handle @scullyjames with 41k followers. Besides these, he does not have any kind of accounts on Twitter and Facebook as of now but it can’t be sure in the future.

The actor has a slim and trained body that stands to a height of 5 feet 8 inches or 1.72 meters. He has a bodyweight of 55kg but no information on his body measurements of waist, chest, or biceps. He has hazel eyes color with dark brown hair color.