The 12 highest-paid footballers in the world, Salary, Contract - Wikiodin.com 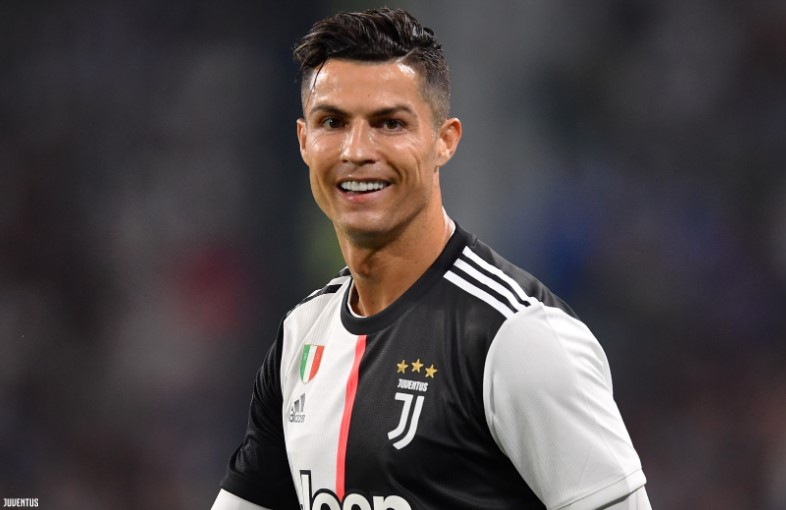 Football is not only a sport, but it is also a culture for all football fans around the world. There are passionate football fans who support the whole football club or an individual player. Fans not only support their players but they are also interested in how much they get paid or earn from their professional career. Several active players such as Lionel Messi, Cristiano Ronaldo, Neymar, Kylian Mbappe, and Paul Pogba among others are some of the footballers who get paid with a handsome salary. Here we are about to discuss some of the highest-paid footballers in the world. 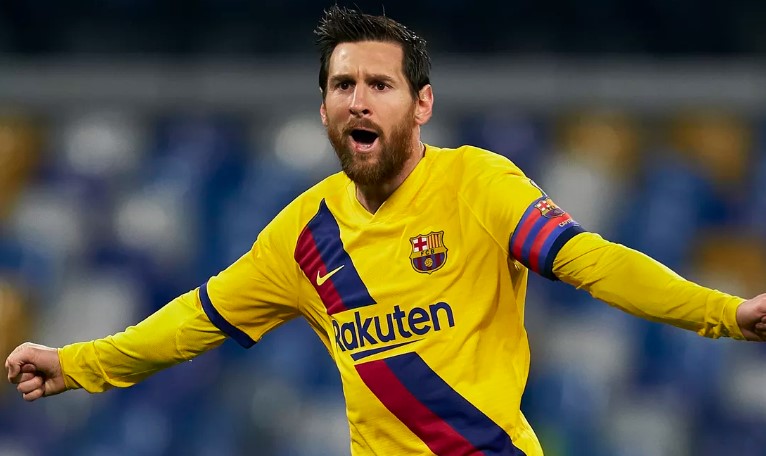 Argentine and Barcelona star Lionel Messi is currently the highest-paid footballers in the world. Messi has been playing his entire club career for the Spanish club, Barcelona. He has signed several contract extensions with the club. According to his contract, Messi is now paid 40 million Euros a year. According to his new contract with the club, he is paid $667,000 per week in wages and received $59.6 million as a signing on bonus. His buyout clause is set at $835 million. Forbes named him the highest-paid athlete in the world in 2019. 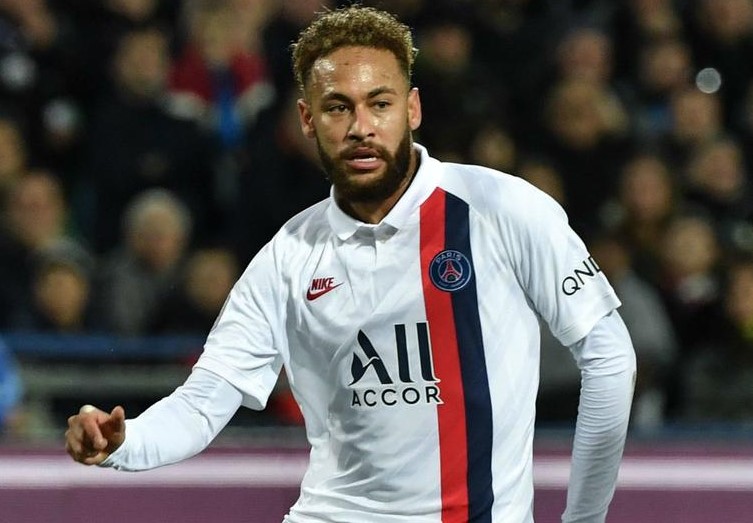 Brazilian footballer Neymar is one of the players who rose to prominence after joining the Spanish club Barcelona. He had signed with the club for 86.2 million Euros. He played 4 full seasons at Barcelona. Neymar set the world record when he transferred to the French club, Paris Saint-Germain (PSG) for 222 million. He became the most expensive footballer ever in history. Neymar gets paid 36.8 million Euros per year. 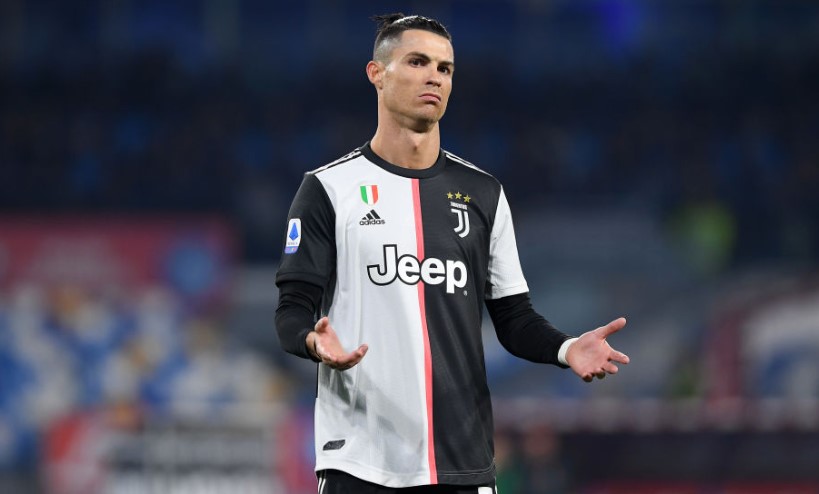 The Portuguese star, Cristiano Ronaldo is obviously one of the highest-paid footballers in the world. Several top players at his age had retired, but Ronaldo is still scoring goals on the pitch. Having played for top clubs such as Manchester United and Real Madrid, Ronaldo made a record when he signed for the Italian club, Juventus for 100 million Euros. It was the highest transfer fee ever paid for a player over 30 years. The transfer fee was also the highest ever paid by an Italian club. Back in 2009, Ronaldo joined Real Madrid for Manchester United for 94 million Euros, making him the then-most expensive player in football history. Ronaldo currently earns 31 million Euros a year at Juventus. 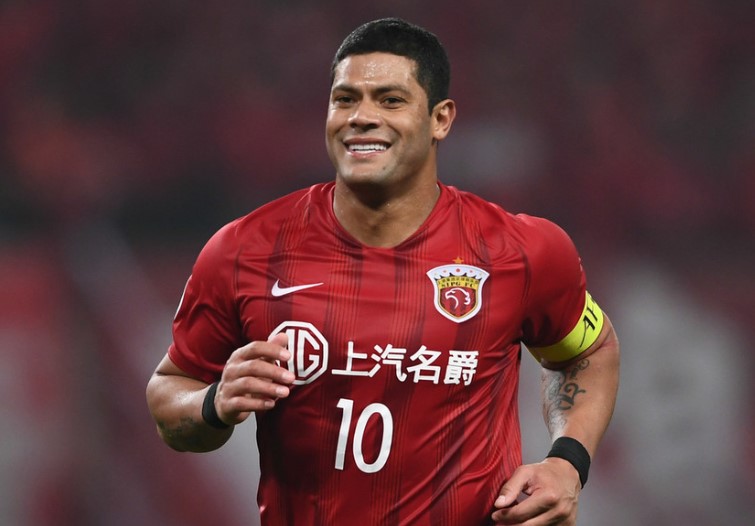 The Brazilian footballer Hulk has played professional football in Brazil, Japan, Portuguese, and Russia before joining the Chinese club Shanghai SIPG for 58.6 million Euros in 2016. Hulk is considered one of the prolific goalscorers and has won major club titles in Portugal, Russia, and China.  He has an annual salary of 20 million Euros. 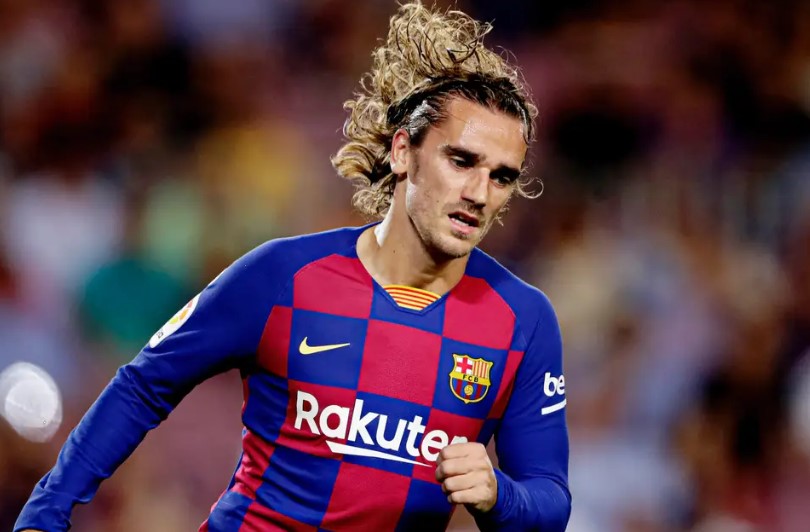 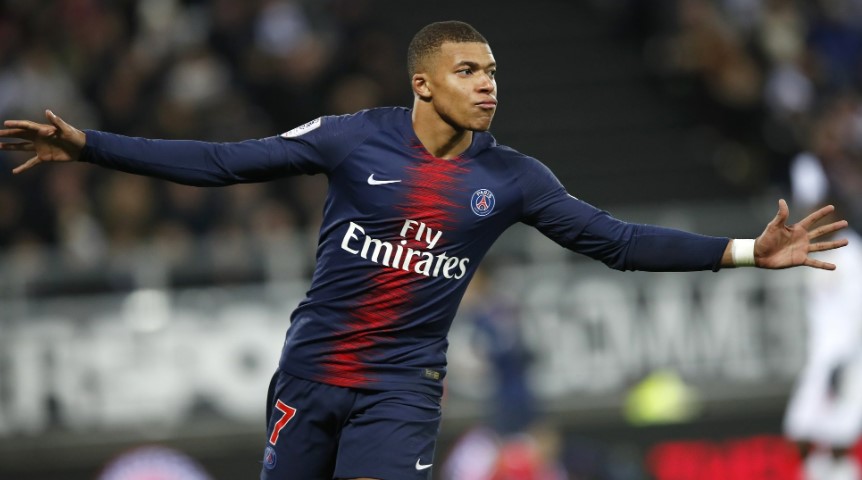 The French youngster Kylian Mbappe has emerged as one of the talents to become one of the best footballers in the world. Mbappe was one of the key players in the French football team that won the FIFA World Cup 2018. He currently plays for the French giants, PSG, alongside Neymar. He became the world’s second-most expensive player, as well as the most expensive teenager when he signed a 180 million Euros contract with PSG. Real Madrid has been reported following Mbappe for a long time. If he signs for the Los Blancos, he surely will be offered a lucrative deal. He has an annual salary of 17.5 million Euros. 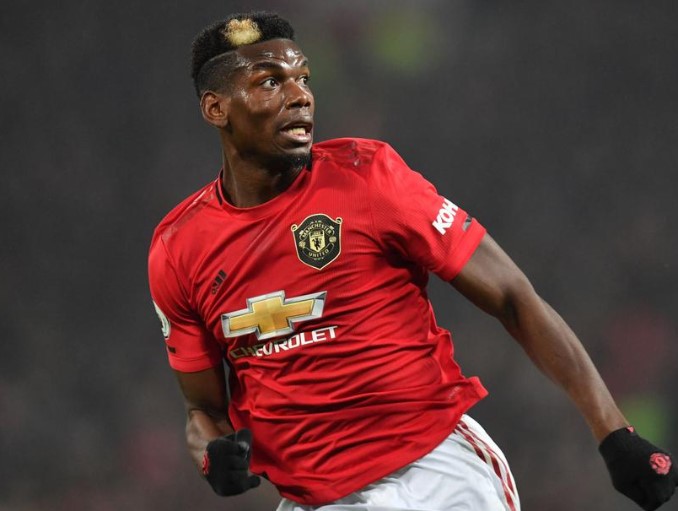 The French midfielder Paul Pogba is considered one of the best midfielders in the world. He was a key member of France football team that won the 2018 FIFA World Cup. He started his football career from the English club Manchester United. Later, he joined the Italian giant Juventus in 2012. He returned to Manchester United for a then-world record transfer fee of 105 million Euros. The fee paid for him still remains the highest-paid by an  English club. He has an annual salary of 16.32 million Euros. 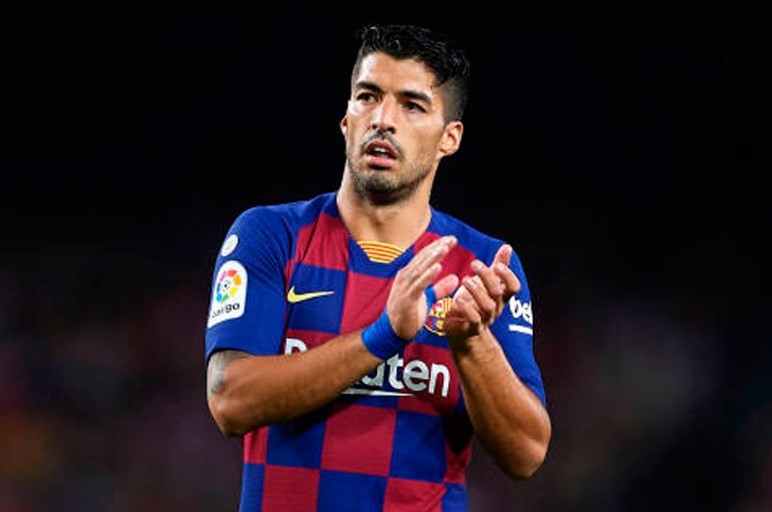 Luis Suarez became one of the most expensive players in football history after he became associated with the Spanish club, Barcelona in 2014. He had joined Barcelona for 82.3 million Euros. He started his football career from Uruguayan club Nacional in 2005. He later played for Groningen, Ajax, and Liverpool, before joining Barcelona. During the course, he emerged as one of the prolific forwards in football. His reported salary is 16 million Euros per year. 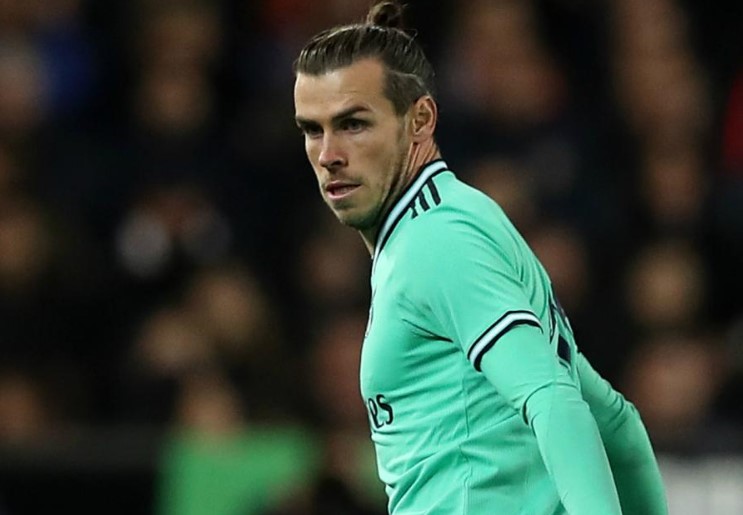 The Welsh footballer started his professional career from the English club Southhampton. He later played for Tottenham Hotspur before joining the Spanish club, Real Madrid in 2013. While joining the Los Blancos, he surpassed Cristiano Ronaldo’s transfer record of 94 million Euros, becoming the then-world record transfer. Though his transfer fee was not disclosed at first, the documents pertaining to the transfer were leaked which confirmed a then-world-record fee of 100.8 million Euros. Bale gets paid 15 million Euros per year. 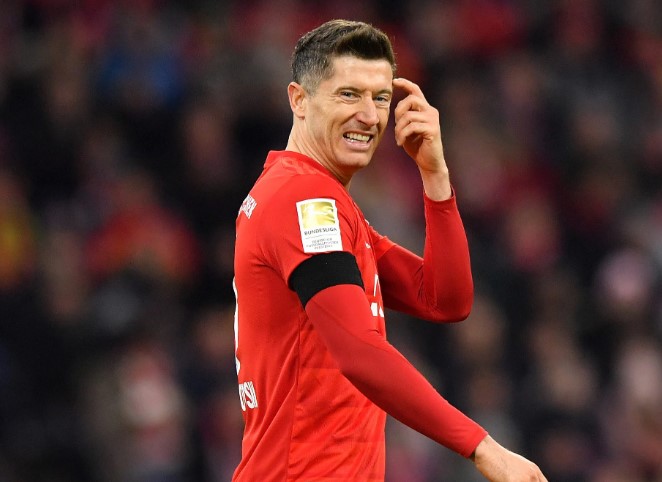 The Polish international Robert Lewandowski is considered one of the prolific goalscorers in Europe. He started his professional football career from Znicz Pruszkow. He has played for the biggest clubs in Germany, Borussia Dortmund, and Bayern Munich. He signed a 5-year contract with Bayern Munich in 2014. One of the prolific goalscorers Lewandowski has won every major club titles in Germany, with both Dortmund and Munich. He is a four-time Bundesliga top scorer. He has an annual salary of 15 million Euros. 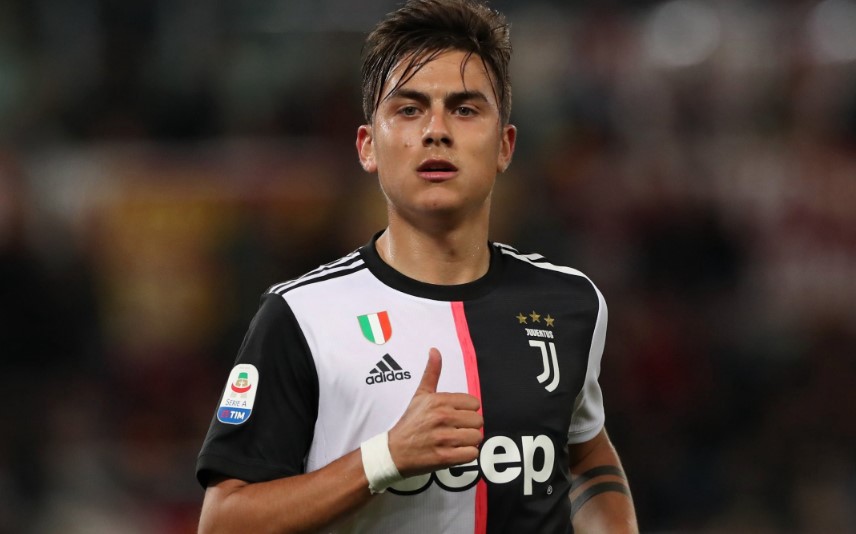 Argentine forward Paulo Dybala is one of the talented footballers in the world. He had joined the Italian club Juventus from Palermo for 32 million Euros in 2015, where he emerged as one of the top prospects in world football. He has already won 4 Serie A, 3 Coppa Italia, and 2 Supercoppa titles at Juventus. His annual salary is 13.5 million Euros.

Read Also:  Age, Wife, Net Worth. Who is Jimmy Karz? 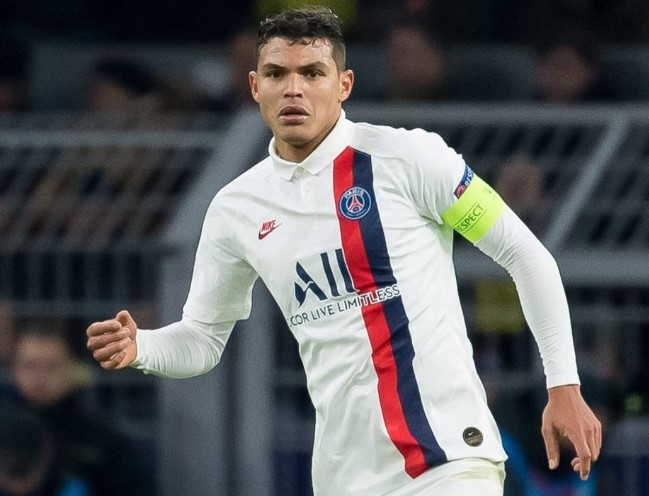 Brazilian footballer Thiago Silva is one of the prolific defenders in the world. Having started his professional football career from the Brazilian club RS Futebol, he has played for several clubs Juventude, Porto B, Dynamo Moscow, Fluminense, and Milan before joining the French club Paris Saint-Germain in 2012. Silva captained the Brazil national team that won the 2013 FIFA Confederations Cup and 2019 Copa America. Silva’s transfer to PSG was reported to be around 42 million Euros. If the rumor was true, he would have become the most expensive defender in football history. He has an annual salary of $12 million. 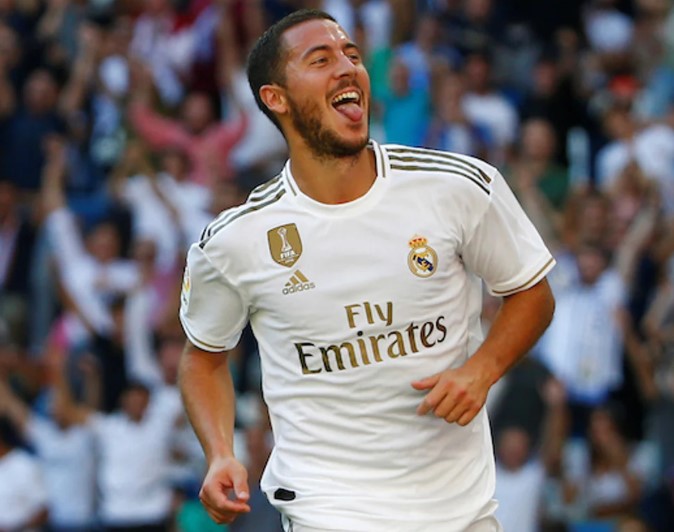 Belgian international and former Chelsea star, Eden Hazard is one of the best active footballers in the world. He helped Chelsea to win 2 Premier League titles as well as led his country to a third-place finish in the 2018 FIFA World Cup. He joined the Spanish giants, Real Madrid for a $150 million transfer fee in June 2019. However, several injuries affected his debut season at the club. His

salary is reported at 11.25 million at Real Madrid. 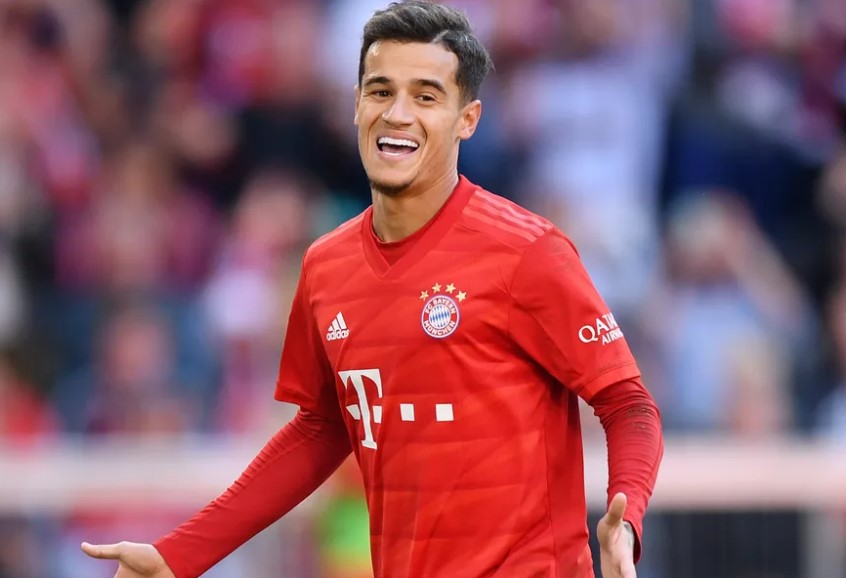 The former Liverpool and Barcelona star, Philippe Coutinho became the world’s second most expensive player, when he joined the Spanish club, Barcelona for reported 160 million transfer fees. Having struggled to establish in the club, he joined the German giants, Bayern Munich on loan for the 2019-20 season. He earns 11.23 million Euros per year excluding bonuses and endorsement earnings.