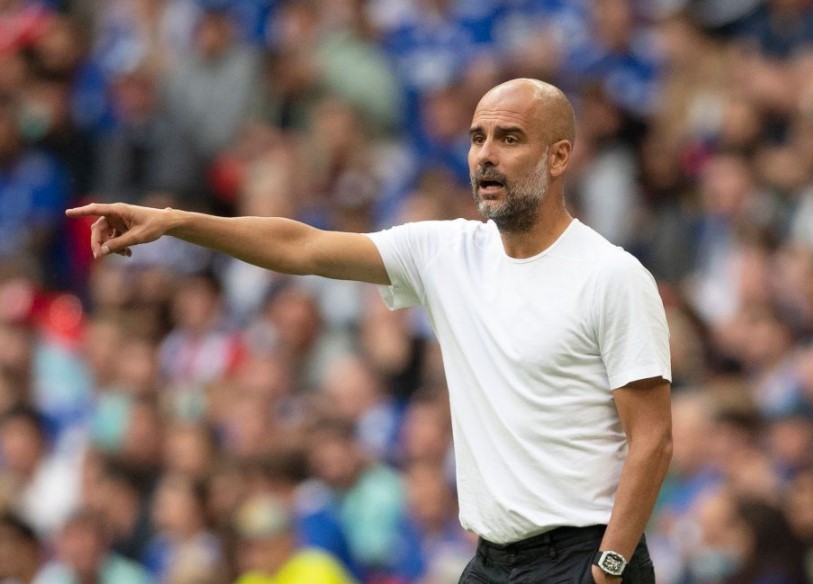 Football is not only about players and their performances, it is also about the coaches who manage them and bring the best out of them. It is mainly up to the managers who help each individual player to give their best on the pitch. It is also up to the managers who study the game and make strategies for their teams. There are a number of managers who have achieved much for the clubs they manage or managed. Football fans not only debate who is the best player on the pitch, but also the managers on the sidelines. Here is the list of the top 10  best football managers in the world at present. 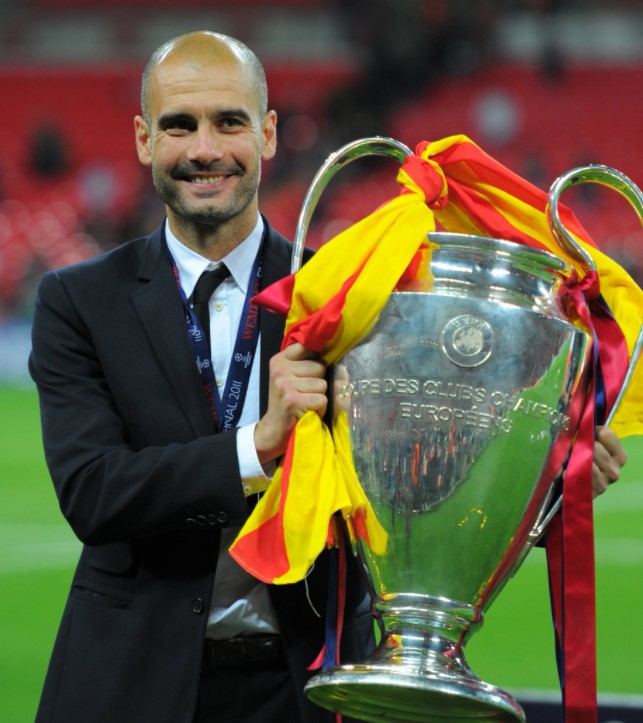 Former Barcelona manager Pep Guardiola is considered one of the best or the best football managers in the world at present. No debate can win this statement after learning the feat the current Manchester City manager has achieved in his managerial career. He is the mastermind of tactics who has managed some of the best football clubs in Europe. As of 2021, he has won 31 trophies as a manager. He led Barcelona to a treble (La Liga, Copa del Rey, and UEFA Champions League) in his first season as a manager in the 2008-09 season. His Barcelona career ended with 14 trophies in 4 years. He was named La Liga Coach of the Year in four consecutive years from 2009 to 2012. He then joined the German club, Bayern Munich in 2013 where he won the Bundesliga every season. He won 7 trophies with the club. However, he failed to win the Champions League with the club. He left Bayern Munich to join the English club, Manchester City in 2016. He set several records with the club including the first team to attain 100 league points and the first manager to win the domestic treble in English men’s football. He also led Manchester City to its first-ever Champions League final as well. He was awarded the Globe Soccer Awards Coach of the Century in 2020. 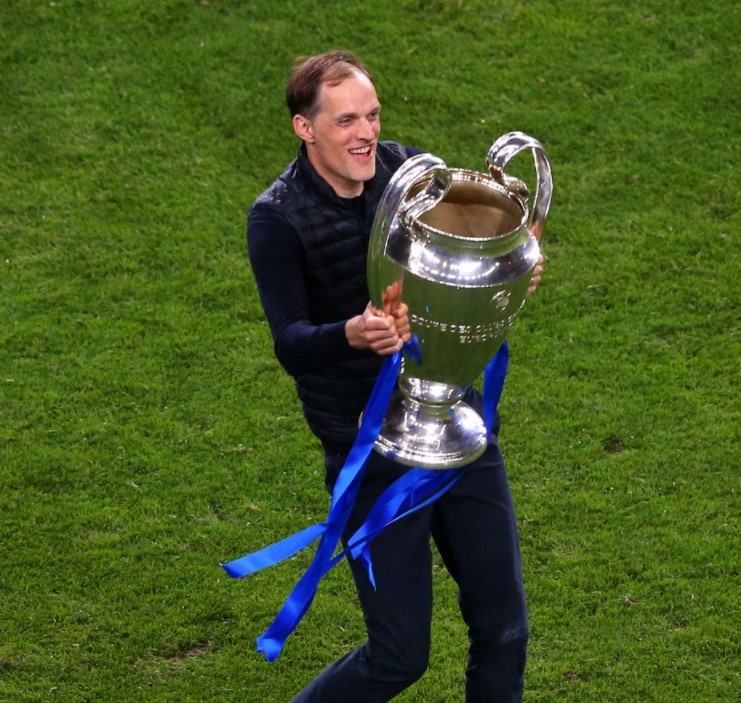 Thomas Tuchel is currently considered one of the best football managers at present. He led his former club, PSG to their first-ever UEFA Champions League Final in 2020. He ultimately won his first Champions League title with Chelsea the following year. Tuchel, whose playing career ended at the age of 25 due to chronic knee cartilage injury became a football manager. He won the DFB-Pokal with Borussia Dortmund in 2017 before joining PSG in 2018. He led PSG to domestic quadruple in his second year in charge of the club. He also led the club to their first-ever Champions League final where they lost to Bayern Munich. He won six club trophies with the club before joining Chelsea in 2020. He ultimately won his first as well as Chelsea’s first-ever Champions League title in his first year in charge. 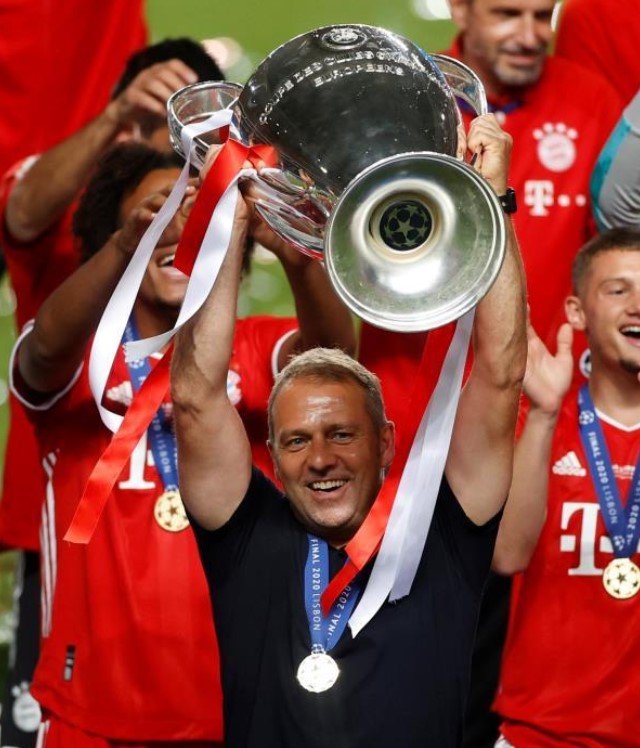 Hasni Flick is another successful German manager who managed the best club in Germany, that is Bayern Munich. He started his managerial career in 1996 as the manager of Viktoria Bammental. He became manager of 1899 Hoffenheim in 2000 and led the club to promotion to the Regionalliga Sud in his first season at the club. He then served as an assistant coach of Germany under manager Joachim Low from 2006 to 2014. He became the assistant coach of Bayern Munich in 2019. After Kovac left the club, Flick was promoted to interim manager in November 2019. He led the club to a continental treble (Bundesliga, DFB-Pokal, and UEFA Champions League) in the 2019-20 season. He ultimately led the club to their first-ever sextuple after winning UEFA Super Cup and FIFA Club World Cup. For his achievements in 2020, he was named UEFA Men’s Coach of the Year, IFFHS World’s Best Club Coach, World Soccer Men’s Manager of the Year, Globe Soccer Best Coach of the Year, German Football Manager of the Year, and VDV Bundesliga Coach of the Season. He left the club with seven trophies in 2021. He replaced Joachim Low to become the new manager of the German national team in May 2021.

Read Also:  Héctor Elizondo's Net Worth, Age. Where is he today? Died? 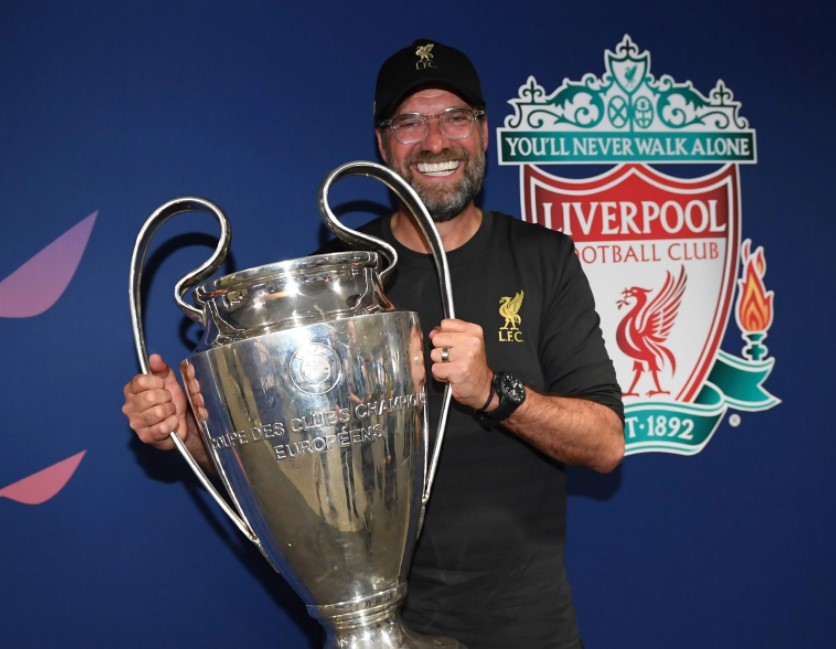 Jurgen Klopp is considered one of the best football managers in the world at present. Klopp started his managerial career from Mainz 05 in 2001, where he played most of his playing career. He led the club to Bundesliga promotion in 2004. He left the club in 2008 to become the manager of Borussia Dortmund. He led Dortmund to the Bundesliga title in 2011. The following season, he led the club to their first-ever domestic double. He also led Dortmund to the UEFA Champions League final in 2013. He left Dortmund in 2015 and became the manager of the English club, Liverpool. He led Liverpool to two consecutive UEFA Champions League finals in 2018 and 2019, winning in the latter. It was his first Champions League trophy ever. He led Liverpool to become the first English club to win an international treble (UEFA Champions League, UEFA Super Cup, and FIFA Club World Cup). He led the club to their first-ever Premier League title since the 1989-90 season, with 7 games left to spare and setting several records. Liverpool set several records during the season including the most consecutive home wins, winning the Premier League earlier than with 7 games remaining. Liverpool also went on a 44 match unbeaten run in the league. 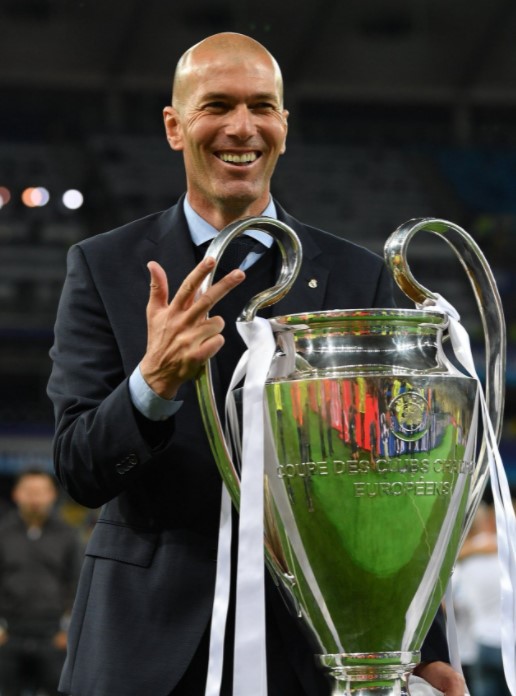 As a player, Zinedine Zidane doesn’t need any introduction. He is considered as one of the greatest players of all-time winning the FIFA World Cup with France in 1998 and runner-up finish in 2006. He is mostly known for his time in Juventus and Real Madrid, where he won numerous trophies including the UEFA Champions League and an individual Ballon d’Or. 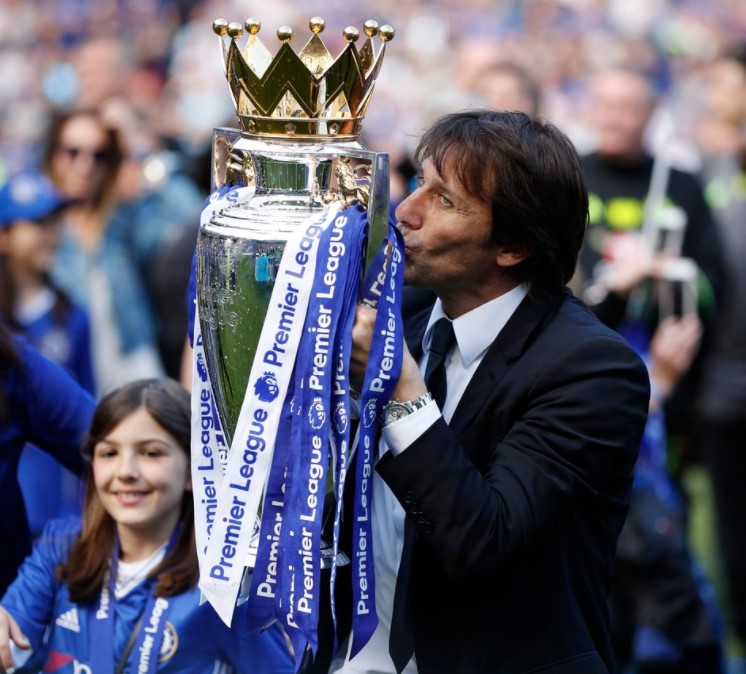 Five-time Serie A winner as a player, Antonio Conte is one of the most influential former football players. Known for his playing time with Juventus, he won 14 trophies with the club including five Serie A titles and one Champions League title. He started his managerial career from Arezzo in 2006 and led Bari to a Serie B title in 2009. He became the manager of Juventus in 2011 and went on to win three consecutive Serie A titles and two Supercoppa Italiana. He left Juventus to become the manager of Italy national team in 2014. After the Euro 2016, he became Chelsea manager and led the club to the Premier League title in his first season in charge. He was dismissed from Chelsea in 2018 and joined Inter Milan. He led Inter Milan to the Serie A title in 2021. He left Milan to become the manager of Newcastle United in 2021. 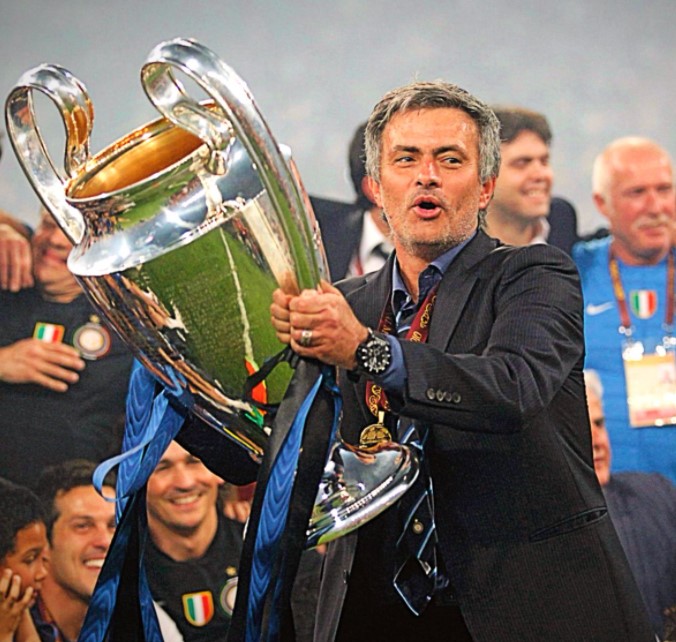 Jose Mourinho, the Portuguese football manager is considered one of the greatest managers of all time. He has already managed some of the top clubs in Europe and achieved the top-level success which he failed during his playing career. Mourinho started his managerial career as an interpreter, Sir Bobby Robson, at Sporting CP and Porto. He started to gain success after he worked as an assistant at Barcelona. He had a brief stint as a manager with Benfica and Uniao de Leiria before joining Porto in 2002. His managerial success reached its prime at Porto where he won two Primeira Liga, one Champions League, one UEFA Cup, one Taca de Portugal, and one Supertaca Candido de Oliveira.

Following his successful stint at Porto, he became the manager of the English club, Chelsea in 2004. In his three-season spell at Chelsea, he led the club to two Premier League, one FA Cup, two Football League Cup. He left Chelsea in 2007 due to his disagreements with the club owner. He then moved to Inter Milan where he won two Serie A, one Champions League, one Coppa Italia, and one Supecoppa Italiana.

He then moved to the Spanish club Real Madrid in 2010 where he won La Liga, Copa del Rey, and Supercopa de Espana each. He became the fifth manager to have won league titles in four countries. He left Madrid and returned to Chelsea in 2013. He added another Premier League and League Cup while at Chelsea. However, Chelsea’s poor performance led to his dismissal in 2015. He joined another English club Manchester United in 2016. He won UEFA Europa League, League Cup, and FA Community Shield in his first season in charge of the club. He was dismissed following the club’s poor performance in 2018. He joined Tottenham Hotspur in 2019. He was dismissed by Tottenham in 2021 making it the first time in his career to leave a club without winning any trophy. Italian club Roma hired Mourinho as the club’s new manager. 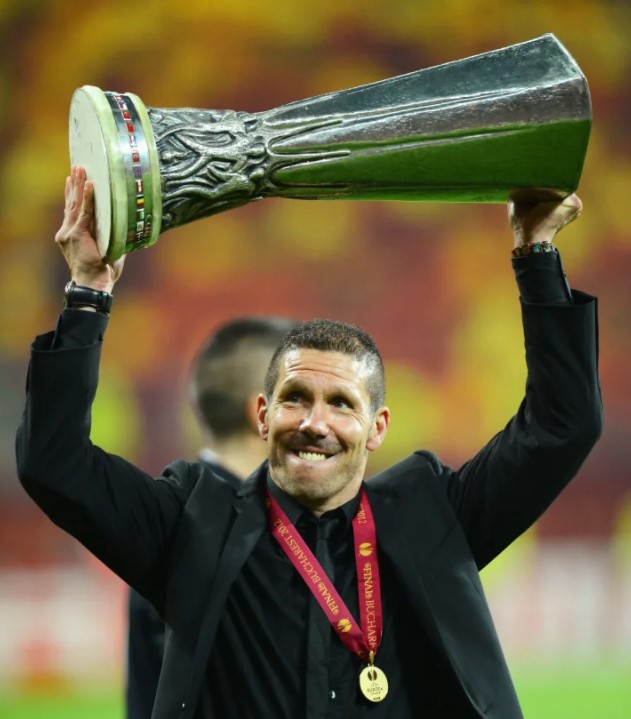 Diego Simeone is an Atletico Madrid legend. As a player, he spent two spells at Madrid winning one La Liga and one Copa del Rey in 1996. He is one of the successful managers who won two La Liga titles with Atletico Madrid while Real Madrid and Barcelona were ruling La Liga. He also led the club to two UEFA Champions League finals, which they both lost against Real Madrid. The Argentine international won two Copa America as a player and a domestic treble with Lazio in 2000. He retired from football in 2006 and started his managerial career. He coached Argentine clubs Racing Club, Estudiantes, River Plate, and San Lorenzo, winning Argentine Primera Division two times with two different clubs. He joined his former club Atletico Madrid, this time as a manager in 2011. He became the longest-serving manager in La Liga winning two La Liga, one Copa del Rey, one Supercopa de Espana, two Europa League, and two Super Cups. He was named La Liga Coach of the Year three times and IFFHS Club Coach of the Decade (2011-2020). 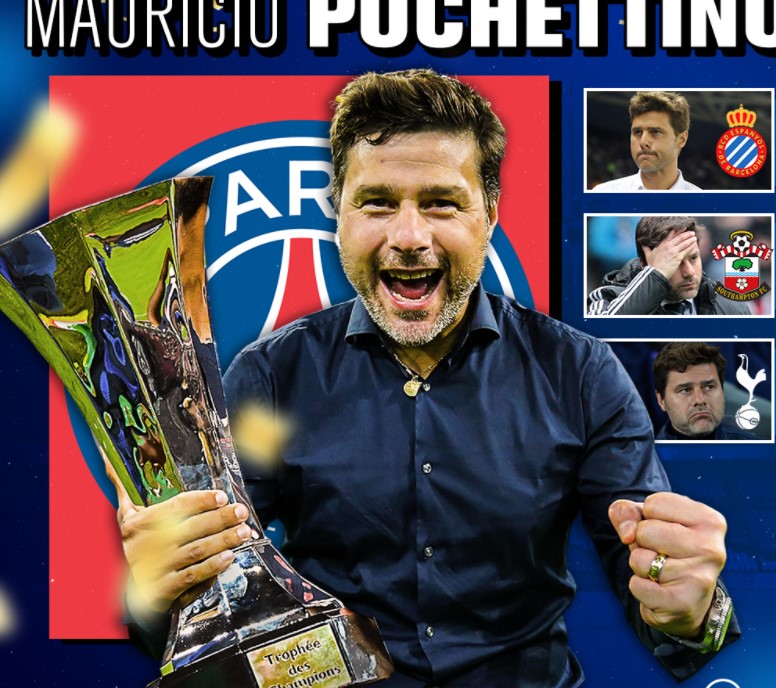 The Argentine football manager, Mauricio Pochettino has yet to achieve success to the level of Guardiola and Mourinho, but he has proved his worth in football. Being known as the manager of Tottenham Hotspur from 2014 to 2019, he is currently the coach of the French club, PSG, where he manages some of the best players in the world, Lionel Messi, Neymar, and Kylian Mbappe. It is his first season with the club.

Pochettino started his managerial career at the Spanish club, Espanyol in 2008. He left the club in 2012 and became the manager of the English club Southampton in January 2013. He led the club to their highest league position since 2003 to an 8th-place finish. After a season spell at the club, he became the head coach of another English club, Tottenham Hotspur in 2014. He did not win any trophies with the club but finished runner-up on several occasions. He helped the club to finish runner-up in the Football League Cup 2014-15, Premier League 2016-17, and Champions League 2018-19. Pochettino led Tottenham to their first-ever Champions League final but lost to Liverpool in the final. Following Tottenham’s poor performance in the 2019-20 season, he was dismissed by the club in 2019. PSG appointed him the manager of the club in January 2021. He won the first club trophy of his managerial career, the Trophee des Champions. He won his second title of his career, Coupe de France in 2021. Pochettino played for Newell’s Old Boys, Espanyol, PSG, Bordeaux, and the Argentina national team during his active playing career.

Pochettino has a contract with PSG until 2023. 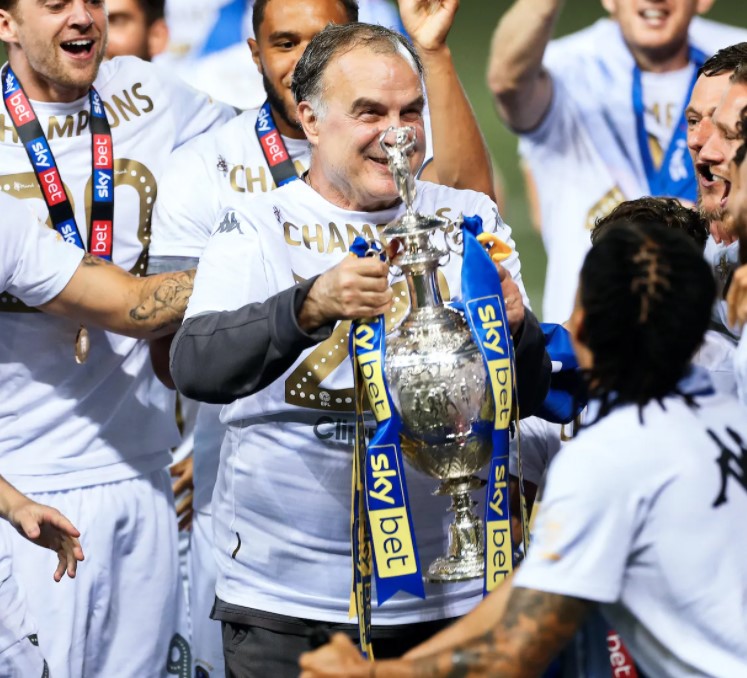 Leed United and their manager Marcelo Bielsa are the ones to watch in the Premier League this season. Bielsa who took charge of the Championship club in 2018 helped the club to promotion back to the Premier League in 16 years. Having led the club to the 2019-20 EFL Championship, he finished third in The Best FIFA Football Coach Award in 2020. Bielsa previously managed Newell’s Old Boys, Atlas, America, Velez Sarsfield, Espanyol, Argentina national team, Chile national team, Athletic Bilbao, Marseille, Lazio, and Lille before joining Leeds United.

He had a brief playing career, having played as a defender for Newell’s Old Boys, Instituto, and Argentino de Rosario between 1975 and 1980. He retired from playing to focus on coaching.