Madelyn Cline is an American actress who is widely recognized for her newest role as Sarah Cameron in Netflix’s newly released series, “Outer Banks”. Cline has appeared in many soap operas and movies including “Once Upon A Time in Staten Island”, “Discover Engineering” and “Savannah Sunrise”. Madelyn is known for her leading and supporting roles such as Chloe in “Boy Erased” and Taylor Watts in HBO’s “Vice Principals”. Cline also has worked in national as well as international brands for advertising campaigns such as Next, T-Mobile and Sunny D.

What is Madelyn Cline Famous for?

Where was Madelyn Cline Born?

Madelyn Cline was born on December 21, 1997, in Charleston, South Carolina, United States. Her birth name is Madelyn Cline. Her nationality is American. Cline belongs to White ethnicity while Sagittarius is her zodiac sign. 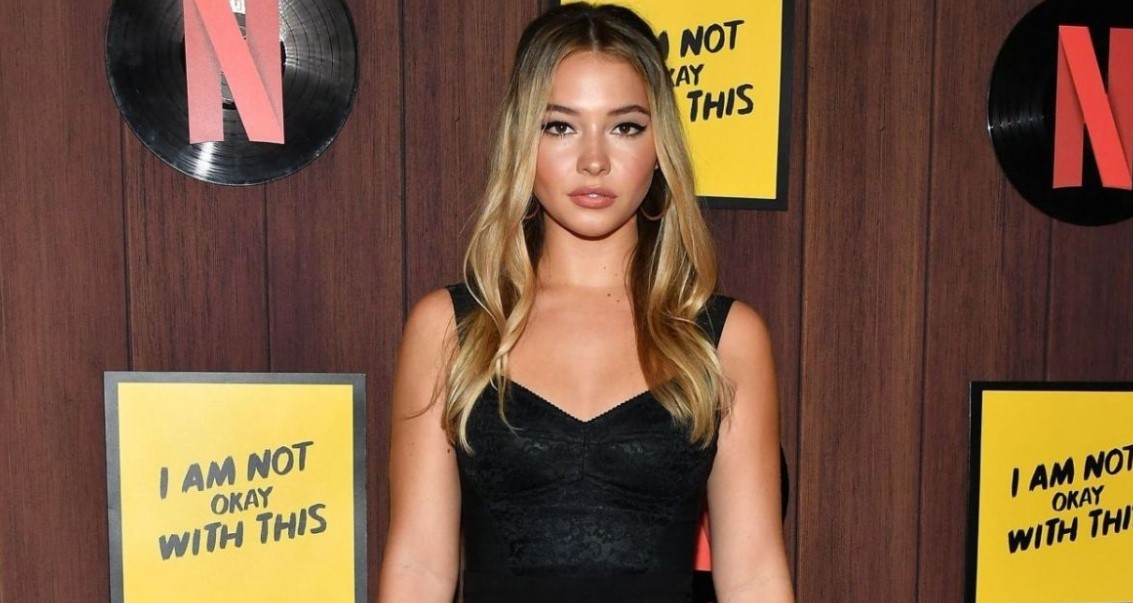 Madelyn was born in a well-to-do family to Mark Cline(father) and Pam Cline(mother). Her father is a Charleston Water System engineer while her mother is a real estate agent. Cline grew up in her hometown where she did her schooling from Charleston Day School and Pinewood Preparatory School.

Later, she joined Coastal Carolina University but soon she dropped out of college and went to Los Angeles in order to pursue her acting career. Her early days in L.A. were not so good as she had no money and she was the only person among her roommates who were jobless.

Besides, Cline is a professional dancer as she got professional training in dancing and she has done an advanced ballet course.

Madelyn Cline kicked off her career after she asked her parents to take her to a casting call at the Millie Lewis while she was 11 in 2008. Eventually, she got selected and was taken as an extra in the Columbia Picture’s film, “Nailed” in 2008 which was renamed “Accidental Love” in 2015.

After she moved to New York, she did a few advertisements and modelings for several reputed brands including T-Mobile Version, Next and Sunny D.

Cline made her first TV film with her appearance as Grace Alexander in “The Jury” in 2016. She also appeared in “Stranger Things”(2016) and “Savannah Sunrise”(2016). In 2017, she made her debut on a TV show with her portrayal as Jessica in “The Originals” and also appeared as Taylor Watts in HBO’s “Vice Principals” from 2016-17.

Cline got her biggest breakout career after she began to appear as Sarah Cameron in Netflix’s newly released series, “Outer Banks” which premiered on April 15, 2020. She is also set to appear in “What Breaks the Ice” and “Once Upon a Time in Staten Island”.

Who is Madelyn Cline Dating?

What is the Net Worth of Madelyn Cline?

The 22 years old Madelyn Cline has quite good earnings from her professional career as an actress. Working in this field for just a decade, she has been managing to amass a million worth fortune from her movies and TV series. Her estimated net worth is around $800k.

How Tall is Madelyn Cline?

Madelyn Cline is a gorgeous lady in her 20s. Cline has a well maintained slim body physique of 34-28-36 inches. She stands tall with a height of 5ft. 6inch.(1.68 m) while her body weighs around 59kg(130 lbs). She has a fair complexion with brown hair and brown eyes.