Who is Rich Paul? Meet Adele's Boyfriend and one of the biggest sport agent in the NBA - Wikiodin.com 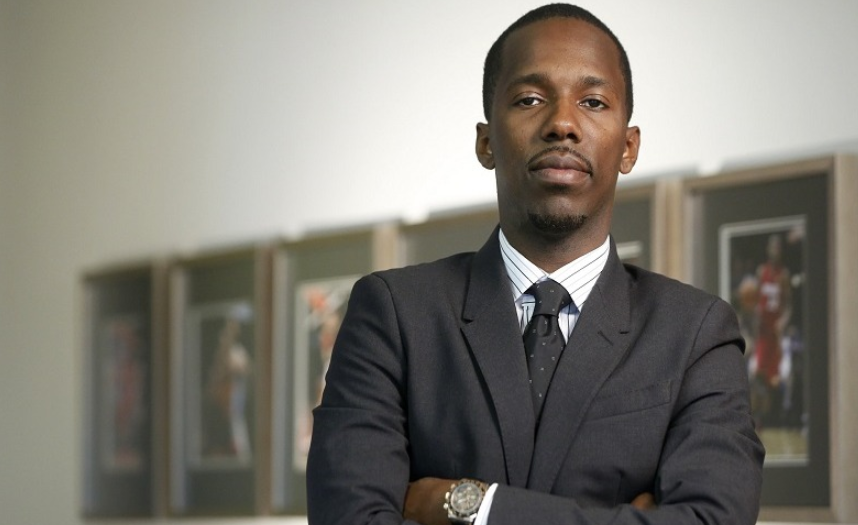 Adele Laurie Blue Adkins shortly recognized as Adele is a British singer and songwriter. She is one of the world’s best-selling music artists with sales of over 120 million records. She has released albums and tracks such as “19”, “25”, “Hometown Glory”, “Make You Feel My Love”, “Rolling in the Deep”, “Set Fire to the Rain”, “Someone like You”, “Hello”, “Send My Love” (To Your New Lover), “Water Under the Bridge” and more. “19” is the debut studio album from Adele which was released on 28th January 2008. It consists of a total of 12 singles making it a total length of 43:41 minutes. On the UK charts, it went no. 1 after one week only. She also won Grammy Award for Best New Artist for this album. In addition, she has won nine Brit Awards, an Academy Award, a Golden Globe Award, fifteen Grammy Awards, eighteen Billboard Music Awards, five American Music Awards, and two Ivor Novello Awards for Songwriter of the Year. Moreover, her album, “21”, has also been included in the ‘500 Greatest Albums of All Time’ list curated by Rolling Stone. Born on 5th May 1988 in Tottenham, England; Adele is the daughter of her mother, Penny Adkins, and her father, Marc Evans. She has been raised by her mother as her father left when she was two years old. In May 2021, it was revealed that her father had passed away at the age of 57 following a battle with cancer. She began singing at age four. One of Adele’s earliest influences was Gabrielle, who she has admired since age five. She graduated from the BRIT School for Performing Arts & Technology in Croydon in May 2006, where she was a classmate of Leona Lewis and Jessie J. She credits the school with nurturing her talent even though, at the time, she was more interested in going into A&R and hoped to launch other people’s careers. In February 2013, by Woman’s Hour on BBC Radio 4, she was evaluated as one of the 100 most powerful women in the UK. On 24th October 2020, she hosted Saturday Night Live for the first time with musical guest H.E.R.. She announced in February 2020 that her fourth studio album would release in September 2020 but later stated that the album’s release has been delayed due to the COVID-19 pandemic. She is currently working for it.

Everything You Need To Know About Adele

Who is Rich Paul?

Rich Paul is an American sports agent based in Cleveland, Ohio who founded Klutch Sports Group who represents a number of prominent NBA players, such as LeBron James, as well as NFL players in more recent years. In 2020, he accepted a position on UTA’s board of directors. In the same year 2020, he launched “Klutch Conversations” during the NBA All-Star Weekend with SocialWorks and General Mills to encourage financial literacy with youth. Born on December 16, 1981, he grew up in a one-bedroom apartment above his father’s store, R & J Confectionery, on East 125th and Arlington in Glenville, a neighborhood on the east side of Cleveland. Sadly, his father died of cancer in the year 1999. He was enrolled in Benedictine, a Roman Catholic high school across the town. He was included in the 2020 “Ebony Power 100 List”. 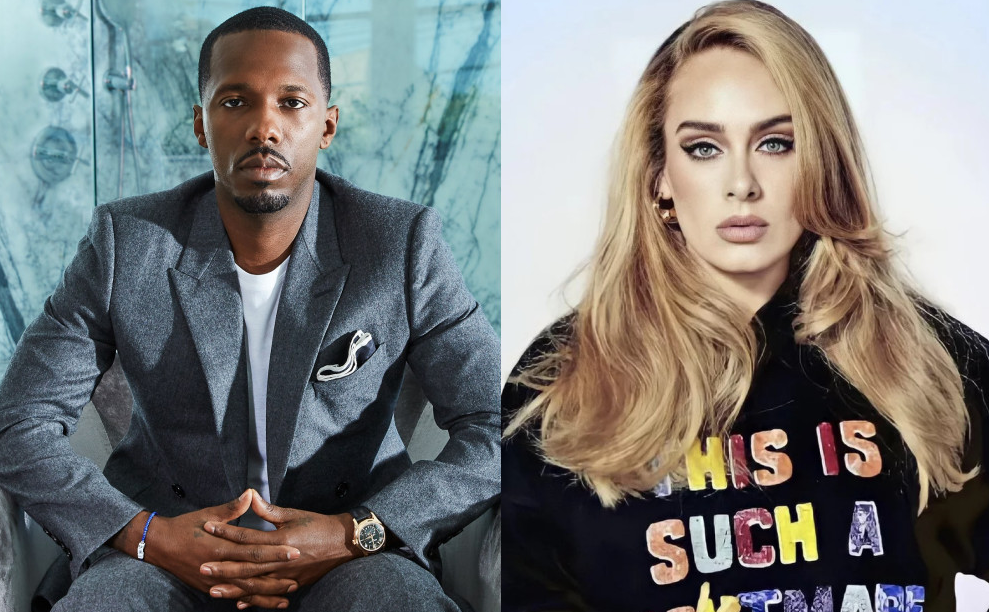 Everything You Should Know About Rich Paul

Rich Paul is a Sport Agent

Rich Paul is an American sports agent based in Cleveland, Ohio. He started at Creative Artists Agency in 2003 before founding Klutch Sports Group in 2012. Now, he is the head of United Talent Agency’s sports division. He currently represents six Los Angeles Lakers players, including James and Anthony Davis, Tristan Thompson, Ben Simmons, and Jordan Clarkson are also on his roster.

Rich Paul met LeBron James at the Akron-Canton Airport in Ohio for the first time when Paul was 21 and James was 17. They bonded over their love of basketball and Paul’s inventory of vintage sports jerseys, which he sold out of the trunk of his car at the time. In 2003, after the NBA draft, Rich Paul joined LeBron James as a part of his small inner circle, along with James’ childhood friends Maverick Carter and Randy Mims. He later start working under Leon Rose, who had negotiated James’ extension with the Cavaliers in 2006, at Creative Artists Agency. After James signed with the Cleveland Cavaliers in 2003, he started paying Paul $48,000 per year as an investment in their relationship. 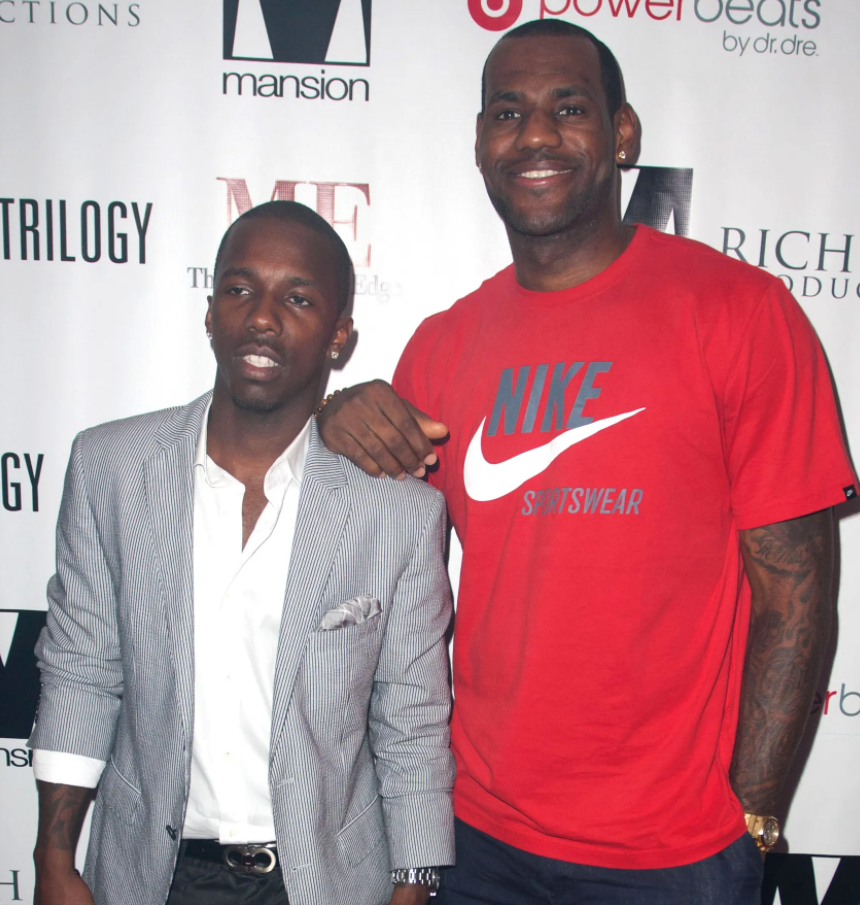 Rich Paul founded a new sports agency, the Klutch Sports Group in the year 2012 which represents a long list of NBA athletes, LeBron included, and its contract negations have been run by long-time agent and attorney Mark Termini, according to SI. Between 2014 and 2019, Mark reportedly negotiated $1.4 billion in NBA contracts on behalf of Rich’s Klutch. He also expanded his business dealings with Klutch by joining the United Talent Agency’s (UTA) sports division through a partnership with the two businesses in 2019. Back in 2020, he was reportedly named on the UTA’s board of directors, and also started “Klutch Conversations” with a goal of teaching and encouraging financial literacy to the youth.

Being the founder of Klutch Sports Group, Rich Paul represents an arrangement of successful players in the NBA. He has more than 20 NBA Stars including Lebron, Tristan Thompson, Ben Simmons, John Wall, Anthony Davis, Terrence Ross, Gary Trent Jr., Darius Garland, Draymond Green, and more. The majority of his clients play for the Los Angeles Lakers, likely due to his connections made from his professional and personal relationship with LeBron James.

The net worth of Rich Paul is estimated to have $100 million as of 2021 which he made through Klutch Sports Group. Since its start, Paul has negotiated over $1 billion in total contracts. He launched “Klutch Conversations” in 2020 during the NBA All-Star Weekend alongside SocialWorks and General Mills to encourage financial literacy in youths. As of December 2020, he was ranked #9 on Forbes‘ 2020 Sports Agents Commissions list, with a net worth in commissions of $46 million. The list also reported that Rich was involved in client contracts worth $1.3 billion. That same year, Rich was also included in EBONY magazine’s ‘Power 100’ list, which honors the most influential Black Americans each year.

Initially, Adele was rumored to be dating sports agent Rich Paul after they were spotted together at game five of the 2021 NBA Finals in Phoenix, Arizona in 2021. The rumored couple sat courtside as the Phoenix Suns played the Milwaukee Bucks at the Arizona stadium. In the photos, the “Someone Like You” songstress was seen chatting with Lebron James’ agent and the 36-year-old NBA player. Whereas their rumored turned to reality as Adele and her boyfriend Rich Paul confirm their relationship with the stunning Instagram posts. On Sunday (19th September 2021), Adele posted a picture of herself on social media with sports agent Rich Paul. She shared a trio of glam photos via the social media site. After two solo snaps in her black-and-white, off-the-shoulder Schiaparelli dress, she cozied up to the basketball agent in a third. Alongside a simple red heart caption, Adele and the Ohio native were all smiles in a photo booth portrait. To match his love’s glam dress, Paul sported a white button-down and a dark, velvet jacket. Regarding Adele’s past relationship, Adele finalized her divorce from Simon Konecki, her ex-husband on 4th March 2021 with whom she shares custody of their eight-year-old son, Angelo. 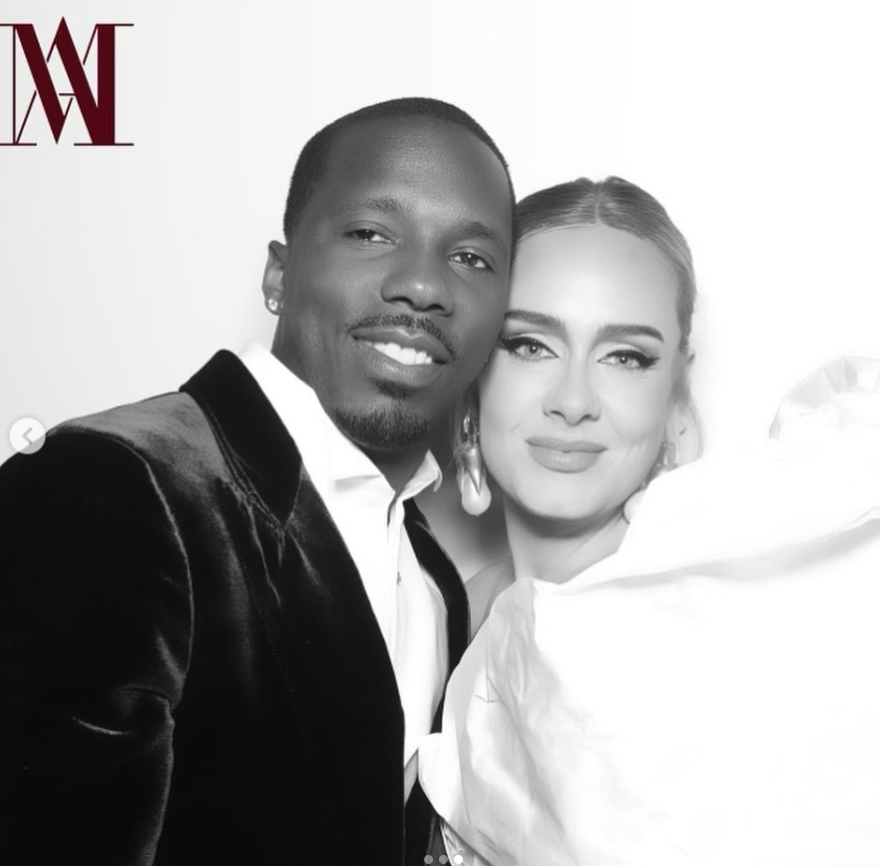